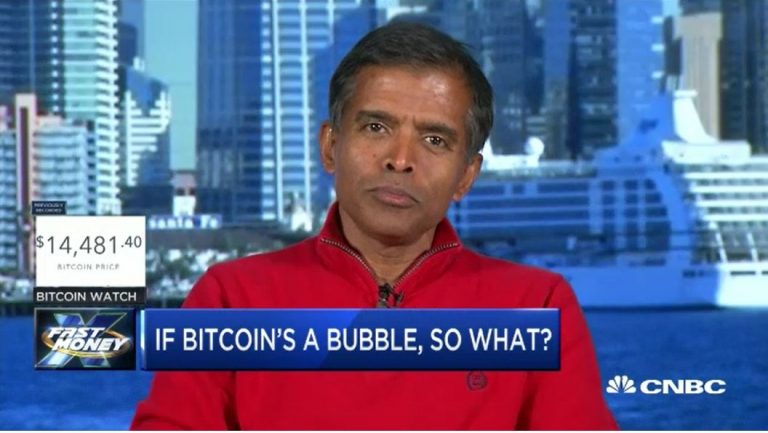 The problem with bitcoin, “Dean of Valuation” Aswath Damodaran says, is that investors don’t know why they’re paying so much for it. That doesn’t mean it will all end badly for cryptocurrency, as billionaire investor Warren Buffett projected.

Buffet made headlines Wednesday for sharing some apocalyptic words about the future of cryptocurrency.

“In terms of cryptocurrencies, generally, I can say almost with certainty that they will come to a bad ending,” Buffett said during a CNBC exclusive interview.

Damodaran, who teaches finance at New York University’s Stern School of Business, called out Buffet for “brushing the entire sector with too broad a brush.”

Damodaran told CNBC’s “Fast Money” on Wednesday: “If you ask people why they’re paying what they are for any of these cryptocurrency investments, you don’t get a logical answer. You get an answer like, ‘I think I can make more money on this.'”

“I think every single crypto asset is being priced right now, it’s not being valued,” he added.

To assign valuation to cryptocurrency assets, he first divided them into three categories. Bitcoin falls into the first bucket, currency: “Cryptocurrencies, like bitcoin, cannot be valued because they’re currencies.”

Commodities are the second, into which ethereum falls, he said.

“It’s marketed as a lubricant for smart contracts. Smart contracts are what the fin-tech — the blockchain — revolution is going to deliver. Ethereum can become a significant part of that business and you can value it as a commodity,” Damodaran said. “There are commodities that can be valued as slices of businesses to view them all as worthless and useless is wrong.”

Then there are ICOs. Those, he said, can be valued as slices of businesses.

“To put them all together in one big bucket and throw them over the edge doesn’t make sense to me,” Damodaran said.

Damodaran tied valuation for cryptocurrencies such as ethereum to founders creating business models.

While the “Dean of Valuation’s” view is much more optimistic than the “Oracle of Omaha’s,” he issued a word of caution to bandwagon investors.

“Will it end badly for some of the people involved? Absolutely. For those people who got on the bandwagon late and are playing the pricing game, for some of them, it’s going to end badly,” he said.