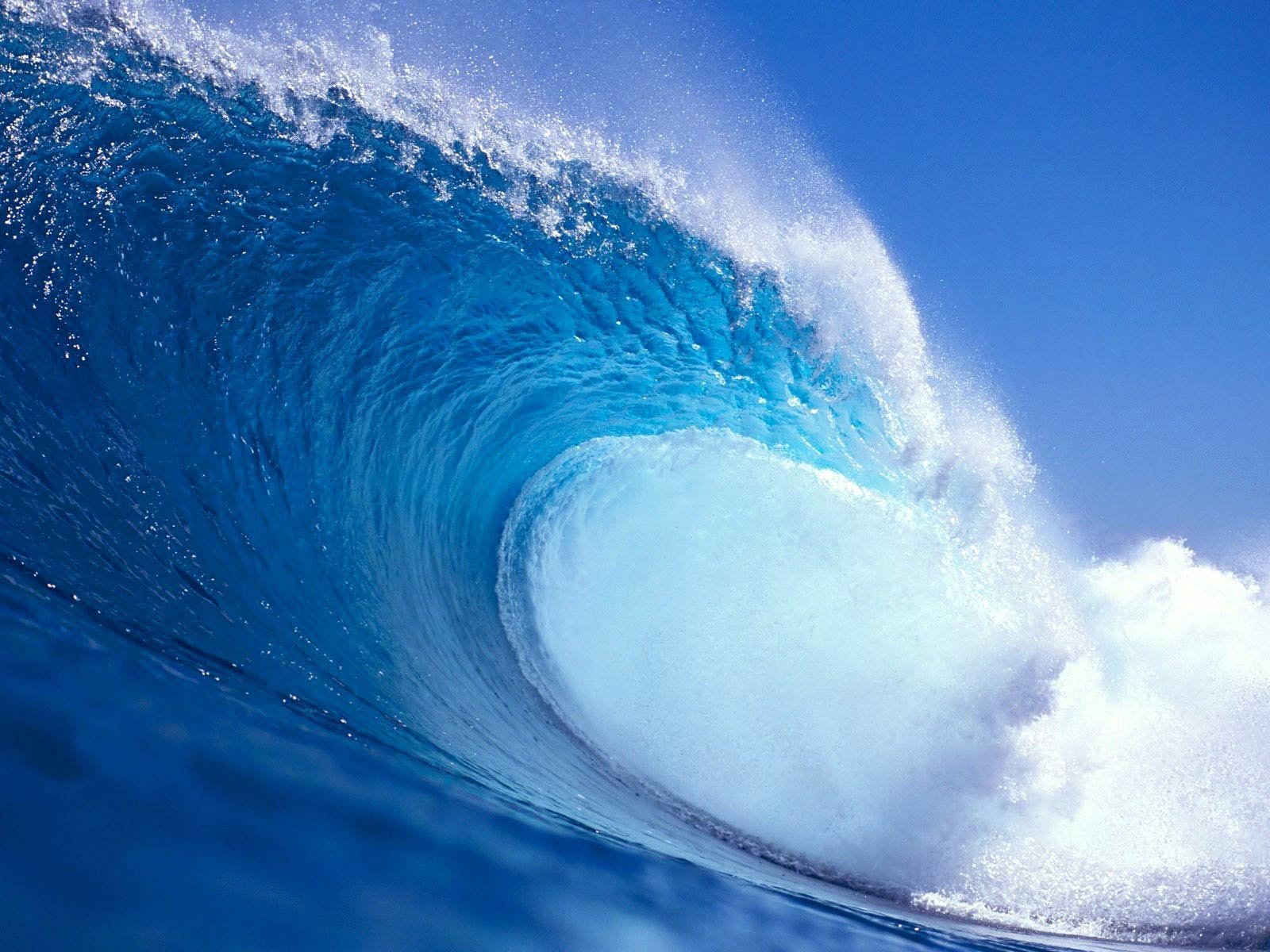 Small Asian players are buying large Western brands. Asian companies that compete in crowded, fragmented domestic markets are snapping up competitors over the border instead of in their own backyards. Waves of consolidation are sweeping through Asia. Yet, amid the rush for deals, what’s interesting is how Asian M&As appear to have their own unique characteristics. Many deals are playing out differently, and perhaps unpredictably, from the patterns established in more developed markets.

In an interview with Executive Agenda, A.T. Kearney partners Vikram Chakravarty and Chua Soon Ghee discuss these and other topics from their recently released book, Asian Mergers & Acquisitions: Riding the Wave.

Executive Agenda: What strikes you about M&A in Asia compared to M&A in the West? Are they notably different and if so, how?

Vikram: Mergers and acquisitions have been slow to arrive in Asia, with deal activity still in its infancy. But as deal-making heats up—which we are now seeing—we expect M&A to drive industry structure and future competitiveness in the region. The next 10 years are decidedly critical for establishing competitiveness. What’s most interesting is how the Asian M&A story is expected to unfold—certainly differently from the patterns established in developed markets.

For example, unlike M&A in the West where a handful of companies tend to dominate most industries, M&A in Asia is wide open because customers and markets are often deeply fragmented. Rather than one optimum for a handful of companies, there is room for multiple local optima in Asian consolidations. For instance, while Coca-Cola and Pepsi might be the national beverage leaders in China, local beverages that cost less and come in flavors that appeal to local tastes, such as ready-to-drink herbal tea, dominate certain customer segments and regions.

As deal-making heats up—which we are now seeing—we expect M&A in Asia to drive industry structure and future competitiveness in the region.

Also, unlike in the West where local consolidation occurs first followed by M&A, in Asia there is a tendency for companies to pursue cross-border deals before local deals. Asian companies go into a cross-border M&A in a quest for new markets or to fill a certain gap, whether that gap is in market access, distribution networks, brand names, or new technologies. Other reasons to cross borders include boosting balance sheets, capitalizing on surging Asian currencies, and to avoid domestic resistance to local consolidation.

Most Asian economies are dominated by government-owned or government-linked companies, which are typically lethargic, ponderous, and bureaucratic compared to private companies. M&A could bring about a transformation, allowing for a mindset shift to improve their competitiveness.

Executive Agenda: Some Western companies have voiced concerns about overpriced targets in Asia. To what extent do you think this is a problem?

Chua: Yes, we think there might be a certain amount of overpricing in Asia. Asia is a high-growth region, which leads to price-earnings ratios higher than the developed world. There is also more money (excess liquidity) chasing good deals. PE firms and trade buyers are flush with cash, but there are not as many good deals as they would hope because few companies meet the requirements of good governance. Moreover, sellers have significantly increased their expectations of how much their assets can fetch in the market.

In the traditional view of M&A success and failure, people tend to see value creation through a narrow lens—create synergies and beat the price premium paid over a three-to-five-year time frame. This is perhaps too narrow for M&A deals done in emerging Asia. There are multiple reasons for mergers and acquisitions, from gaining market access and increasing a product portfolio, to acquiring technology and shaking up one’s own organization. M&A can have a transformative effect, which is more difficult to quantify and therefore not captured in a traditional valuation. By viewing M&A in Asia over a longer duration and wider strategic lens, then perhaps the higher prices are justified.

Executive Agenda: Which industries are currently most favored in cross-border M&A? Least favored?

Vikram: The most favored industries are banking, telecom, retail, beverage, and packaged foods, primarily because they are all extremely fragmented, so they present an abundance of opportunities. For example, in Asia’s retail industry, different countries are situated along different points of a U-shaped curve. At the least fragmented end is Singapore with four top brands: NTUC FairPrice, Dairy Farm International (Cold Storage, Mannings, and Guardian), Sheng Siong Supermarket, and Takashimaya. At the other end of the spectrum is India, whose protectionist laws keep foreign retailers out; in 2010 modern retail groceries commanded just 2 percent of the Indian market. In between these two extremes are China and the rest of Southeast Asia. In China, consolidation is ramping up quickly, evident in the rise in the combined share of the top 10 retailers, from 4 percent in 2004 to 7 percent in 2010.

The least favored industries are utilities and airlines. Both are victims to a certain amount of nationalistic sentiment, so cross-border consolidation can be difficult. Here, alternatives to M&A should be considered, such as alliances or code sharing in the case of airlines.

Executive Agenda: You make the point in the book that the typically ponderous and slow-to-adapt government-owned or government-linked companies that dominate most Asian countries cannot afford to continue to operate as they do, and you advise them to pursue M&A. Why?

Chua: M&A could be beneficial to government-owned or government-linked companies. With the heavy hold of bureaucracy, M&A could be a transformative opportunity. Government companies are typically slow to adapt, change, and make decisions, which renders them non-competitive. The post-acquisition period shakes established habits and allows for a new regime.

Because of the movement of private companies into industries traditionally dominated by government companies, M&A and other modes of collaboration should be considered a means to become more competitive and market-responsive. Industries exhibiting this trend include energy, telecom, airlines, exploration and production, refining and downstream oil and gas, mining, metals, and complex manufacturing. In some cases, government-to-government links may facilitate joint ventures, partnerships, and even mergers of two government companies, thus favoring government-led M&A.

Executive Agenda: What do the latest political and economic developments in Europe mean for Asian M&A?

Vikram: The European economic crisis can be good for Asian M&A, potentially encouraging more deals between European and Asian companies. In fact, the crisis is good for both. European companies are intent on faster growth, and there are plenty of growth stories in Asia to drive their M&A efforts. At the same time, Asian companies are pursuing established brands and capabilities in established markets. Europe’s economic crisis and fluctuating exchange rates mean lower-priced opportunities.

Unlike in the West where local consolidation occurs first followed by M&A, in Asia, companies pursue cross-border deals before local deals.

Executive Agenda: In the book you identify three prerequisites for a successful “acquisition factory” and where these work best. Would you like to discuss briefly?

Chua: Our colleagues in Germany advanced the idea of an acquisition factory many years ago. Briefly, it is the use of acquisitions to complement a company’s larger M&A strategies and organic growth initiatives. Used in North America for years—GE, GE Capital, and most private equity firms—there is now an accumulation of best practices that can benefit Asian M&A.

The concept is relevant and applicable to Asia, particularly for companies in fragmented industries such as retail, IT, and telecommunications where consolidations have occurred (for example, SingTel and Axiata) and are expected to continue. Other industries are ripe for deals, including commodity, agriculture, and food. Although little consolidation has occurred in these industries, we believe it will gain momentum going forward.

Executive Agenda: Your research shows that only one-quarter of Asian M&A deliver the expected benefits. You indicate a reluctance on the part of Asian companies to seek external professional help with integration. Do you think companies will eventually seek professional help and, if so, how difficult will it be for them to work with professionals?

Vikram: Yes, we already see more companies seeking specialized help in pursuing mergers, acquisitions, and joint ventures. In our experience, Asian companies are willing to hire and work with professionals, but primarily only when they lack certain critical skills. Professionals bring with them proven frameworks and methodologies, as well as practical experience from past cases they have worked on. Companies also realize that having a neutral party can help to address cultural issues and tensions between the acquiring and acquired companies.

Executive Agenda: What do you expect to be the most significant developments in Asian M&A over the next five years?

Chua: Over the next five years, we believe M&A in Asia and cross-border M&A will take up a larger share of global M&A. We also expect more Asian champions—as they consolidate across borders—to acquire companies in these more established regions and to transform into global companies.

The European economic crisis can be good for Asian M&A, potentially encouraging more deals between European and Asian companies.

Executive Agenda: Are there topics you felt could have been further covered in the book but you ran out of space?

Vikram: Yes. And it is not unusual to send the manuscript off to the publisher and then think that we should have covered this topic or that area in more depth. In our case, if we had more time and space, two areas deserved further investigation and discussion. (1) Growth in Asia is not limited to M&A as companies can also grow through joint ventures and partnerships. These are clear alternatives for growth and should be explored further. (2) There is more than one approach to post-merger integration. Many acquirers follow the classic path whereby everything — processes, practices, people, organization, and go-to-market—are fully integrated. However, in some cases, there are good reasons to leave the acquired company partially integrated so not to alter its key success factors and well-functioning culture. When to integrate a company and when to leave it alone is an important topic to discuss in more detail.