Why Asia’s Banks Underperform At M&A 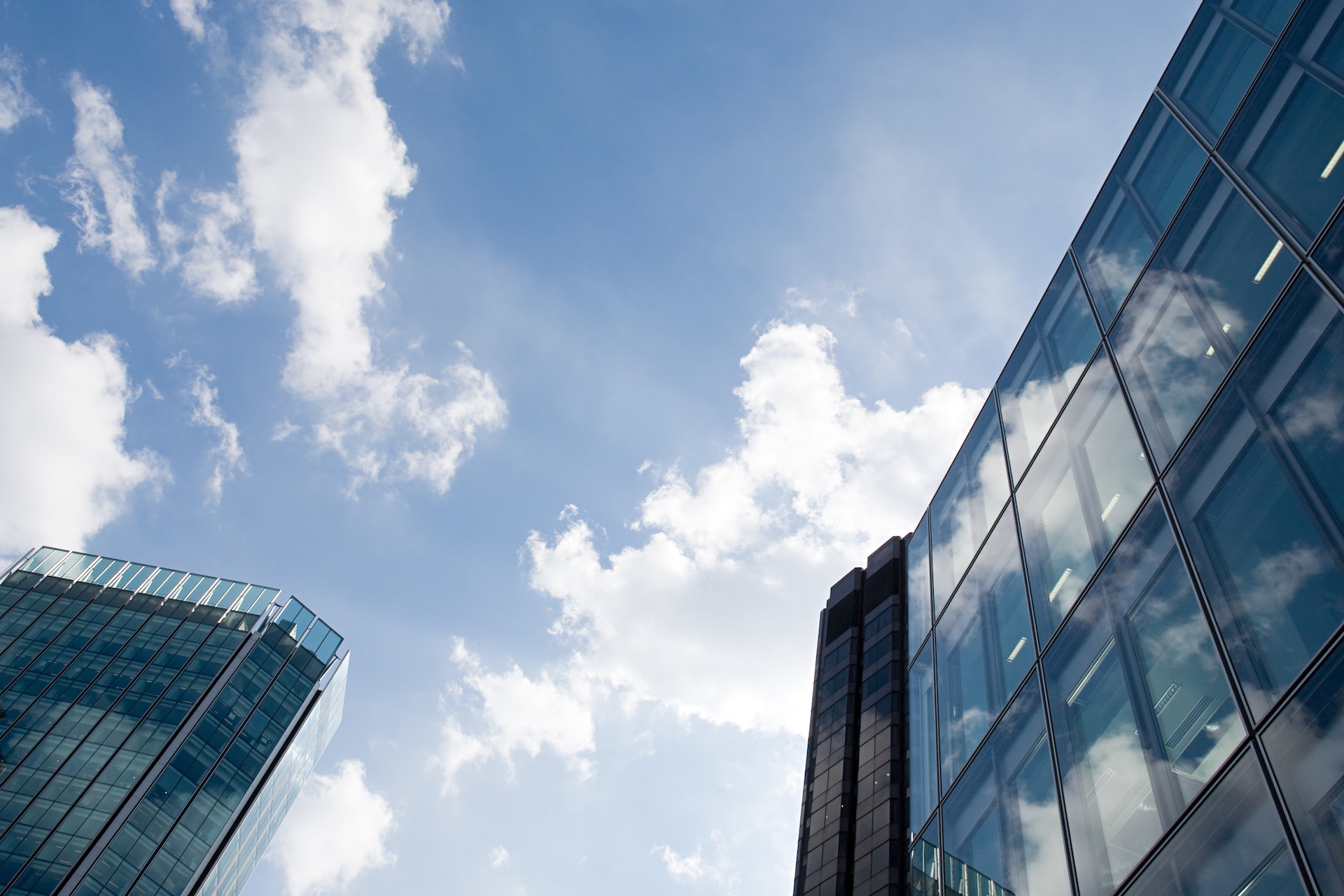 Why do Asian banks create less value with acquisitions than nonbank investors do?

Compared with Europe and the United States, Asia emerged from the global downturn a winner, with its economies continuing to post higher growth rates and its banks suffering far less damage from the credit crisis. But if Asia’s financial institutions thought that the region’s good fortunes were sufficient to provide a competitive edge, they ought to think again. When it comes to M&A, for example, acquisitions by the region’s banks have significantly underperformed those by what we call principal investors—a group that includes private-equity firms and sovereign-wealth funds—even in a rapidly growing market.

That is among the findings of a recent McKinsey analysis of financial-sector M&A in Asia. The study found that acquisitions by principal investors generate a median annual internal rate of return (IRR) of 22 percent, compared with –7 percent for strategic investors. This finding holds true for deals of similar sizes, across time and across Asian countries—before, during, and after the global financial crisis.

Why such a gap? For one thing, principal investors have been sharper at picking the right geographies. For another, Asian banks appear not to capitalize as much as they could on their industry expertise; principal investors get more mileage from an active approach to ownership. Finally, they seem to be better at parlaying their ownership to build earnings and create value.

(From a set of more than 2,000 deals by principal and strategic investors announced from January 2002 to June 2009 and valued at more than $50 million, we screened out the completed deals for which financials are publicly available. The returns analysis on these 86 deals by strategic investors and 87 by principal investors is based on dividends paid since the completion of the deals and on changes in market capitalization between the date they were announced and June 30, 2009.) 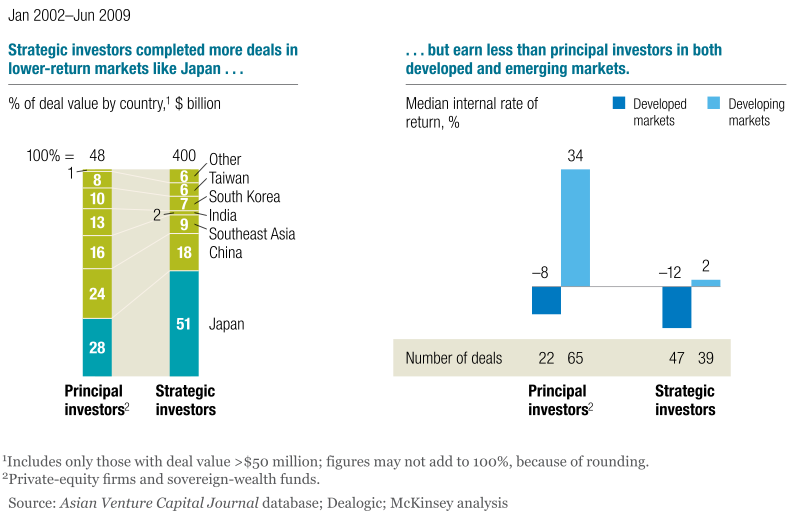 As much as 46 percent of the value in acquisitions by principal investors comes from improving the earnings of the companies they invest in. 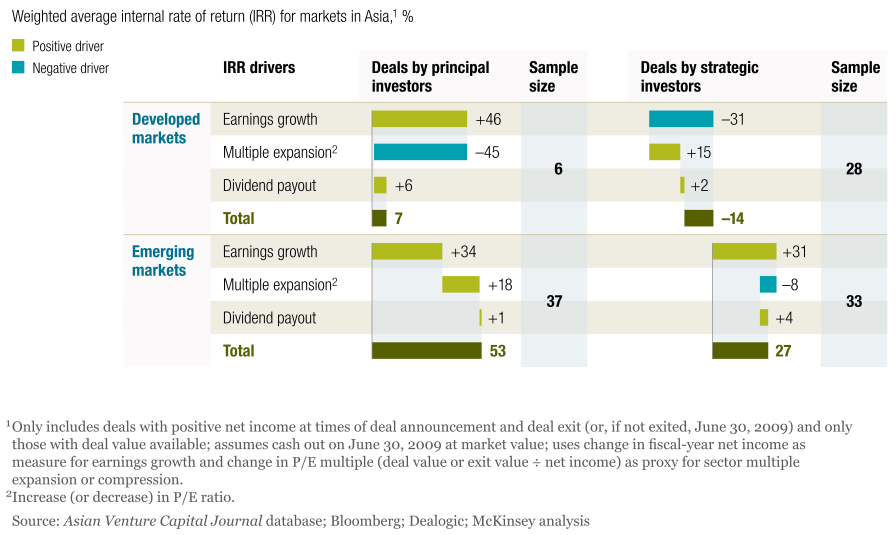 Principal investors were able to put their controlling stakes to better use than financial institutions. 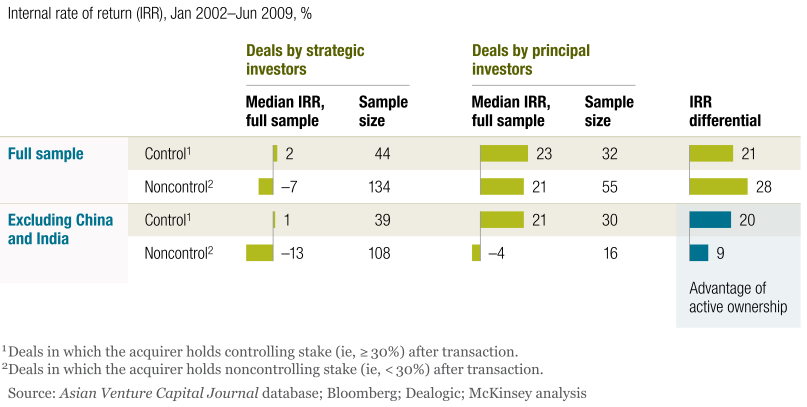