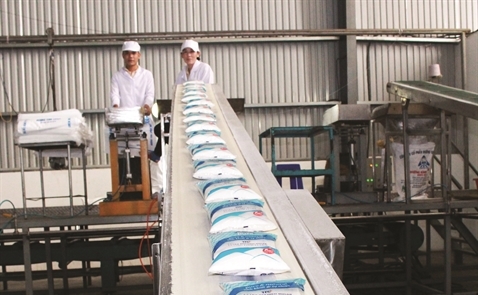 VietNamNet Bridge – The total value of M&A deals made in 2017 was 8.4 billion, according to IMMA (Institute of Mergers, Acquisitions, and Alliances). The sharp 45 percent increase in M&A value in comparison with 2016 shows strong interest from investors.

The decrease in quantity and rise in quality was the most outstanding characteristic of the M&A market in 2017. More M&A deals with big value were made in the year among well-known corporations.

The second position in the list of top deals was to the merger of two sugar companies – Thanh Thanh Cong Tay Ninh and Bien Hoa, valued at $484 million.

The third was the Singapore Jardine Cycle & Carriage’s purchase of 3.3 percent of Vinamilk shares, worth $396 million.

2017 was the fourth consecutive year which saw M&A value increasing after the recession in 2012-2013. Investors saw positive signs in Vietnam’s economy, including stable growth rate and controlled inflation.

However, there were also reasons for concern, according to IMMA’s president Christopher Kummer. The number of M&A deals in 2017 dropped sharply by 23 percent to 509 compared with the year before.

With 126 deals, industry was the sector with the highest number of deals, followed by raw and input material production, essential goods, and energy. The real estate market saw 35 M&A deals worth $614 million in total, equal to the value of the finance M&A market.

With 126 deals, industry was the sector with the highest number of deals, followed by raw and input material production, essential goods, and energy. The real estate market saw 35 M&A deals worth $614 million in total, equal to the value of the finance M&A market.

CapitaLand took over an apartment project in HCMC with a deal worth $38 million. An Gia Investment joined forces with Creed Group to take over a series of projects of Van Phat Hung Corporation.

And Novaland bought a 3 hectare project in district 5 from VinaCapital for $41.2 million.

How Vietnam’s M&A market will perform in 2018 in the context of bigger changes in the world’s finance market and increased protectionism is the crucial question now.

An analyst warned that capital flow to Vietnam may bear negative influences from the US FED’s plan to raise the prime interest rate. However, he believes that business fields which serve essential needs of people will still be attractive.

Duong Thuy Dung from CBRE Vietnam believes that M&A deals will continue to boom in the real estate market thanks to open policies that facilitate foreign investment.