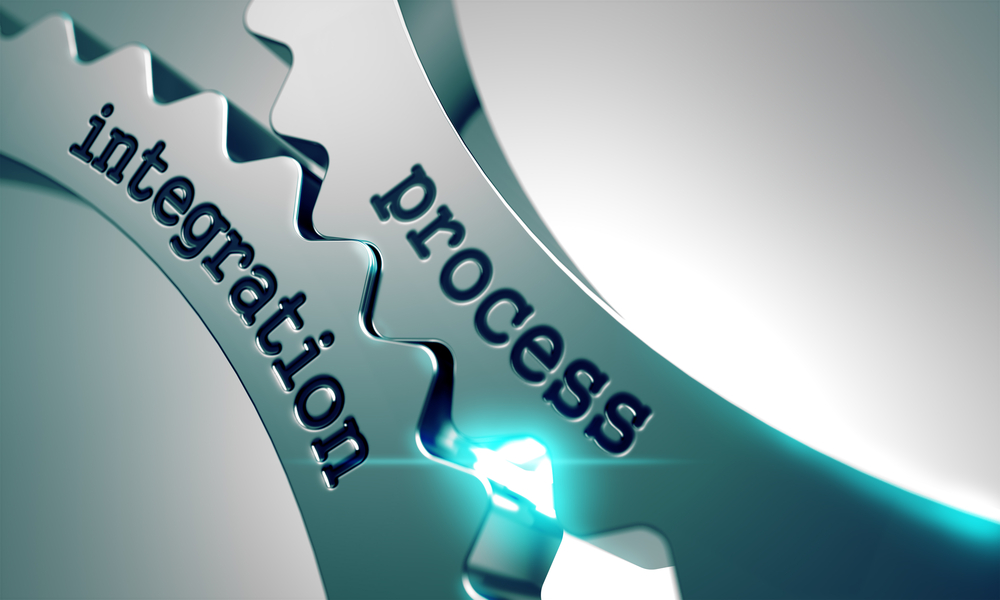 Welcome to Post-Merger Integration: The Key to Successful M&A. The success of any merger depends almost entirely on an effective integration process. yet crafting a long-term integration plan is one of the most challenging parts of the overall M&A process.

Respondents from various professional and regional backgrounds are well aware that post-merger integration planning requires foresight and time management, both of which have become harder to achieve in recent years due to uncertain economic conditions and an uptick in distressed deals, which require M&A professionals to map out integration plans under tight time constraints. Thus, it is not surprising that most respondents stress the importance of addressing post-merger integration issues early on in the M&A process: 66% of respondents begin planning during due diligence, and many of these respondents explain that mergers face a greater risk of failure if integration issues are not considered during this time.

It is also crucial for M&A professionals to prioritize certain integration issues. Communication is considered the most important factor in determining a merger’s success, and many respondents point out that communication is often the one component of post-merger integration on which all others depend. Indeed, the most common threats to a deal’s success often stem directly from communication problems. Conflicting goals and strategies are considered the primary cause of traditional merger failures by 44% of respondents, while 50% say the success of cross-border mergers is threatened most by conflicting management styles – both of these causes are widely believed to be preventable if both parties communicate more clearly in the deal’s early stages.

Integration issues are always fundamental, but the current economic climate is expected to push post-merger integration to the forefront. The majority of respondents (53%) expect post-merger integration issues to be examined more closely than other factors in distressed mergers, which are likely to be especially high in volume this year as the economic downturn continues to impact all sectors. Respondents explain that integration must be closely monitored in these transactions, as the companies involved often merge unwillingly and may not necessarily have a shared vision. Additionally, respondents cite future financial performance, future operational performance and potential cultural conflicts as three factors that are crucial to a merger’s success but particularly hard to predict. These benchmarks are likely to become increasingly difficult to measure in the year ahead as many companies in the current market face a largely uncertain future.

Over the course of this year, post-merger integration will continue to be a vital component of the M&A process. In uncertain economic conditions, the process will undoubtedly take on greater significance as companies’ health or survival often depends on a successful merger. We hope you find this survey both useful and informative and as always, we welcome your feedback.

In the second quarter of 2009, mergermarket interviewed over 100 corporate executives from the Asia-Pacific, European and North American regions regarding their experience with the post-merger integration process. Respondents provide invaluable insight into the key challenges this process presents, as well as a detailed forecast for post-merger integration trends in the upcoming year. All results are anonymous and presented in aggregate. 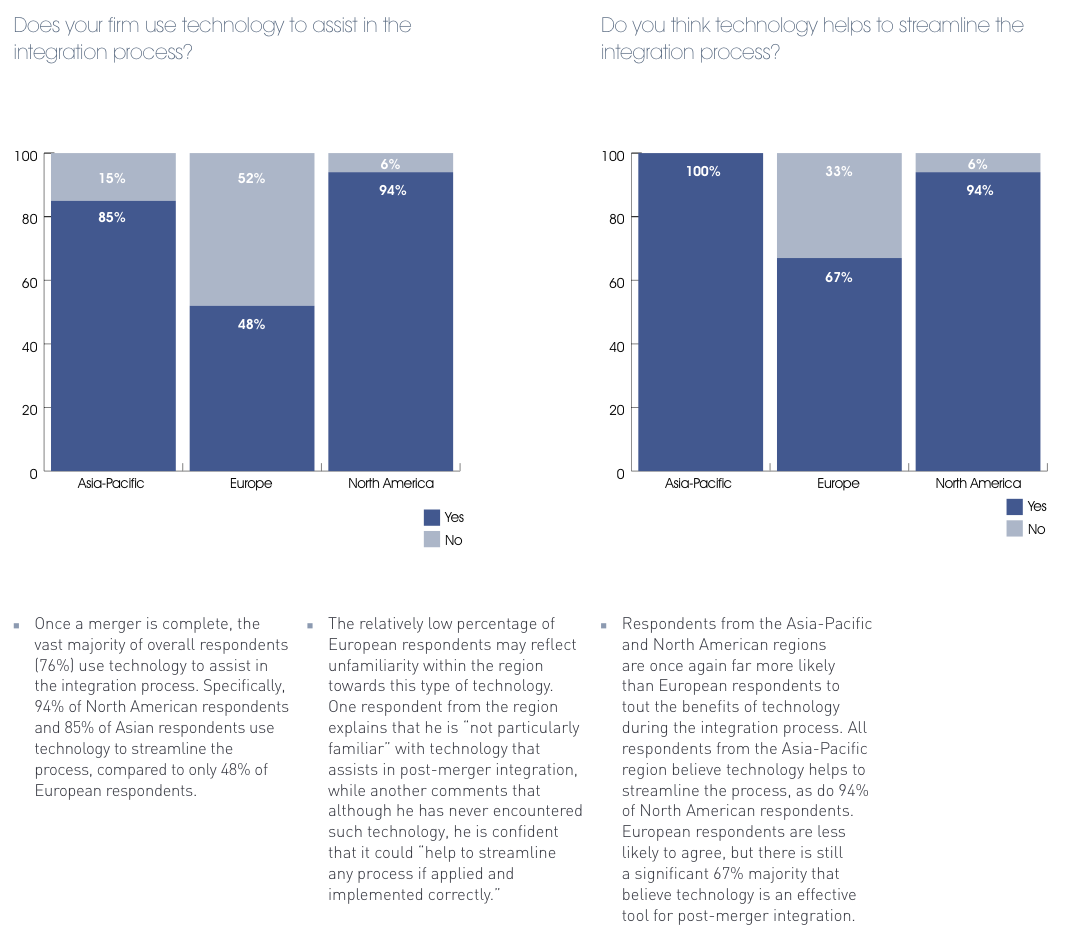 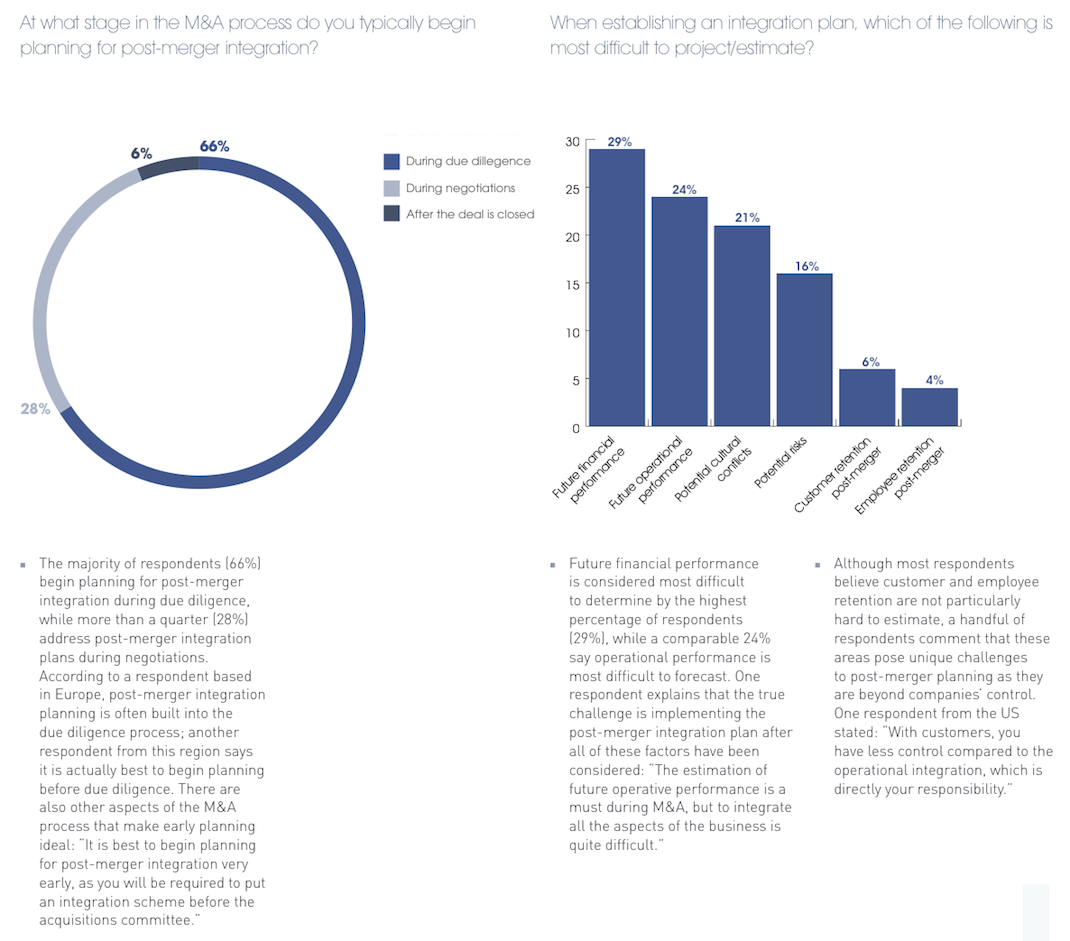 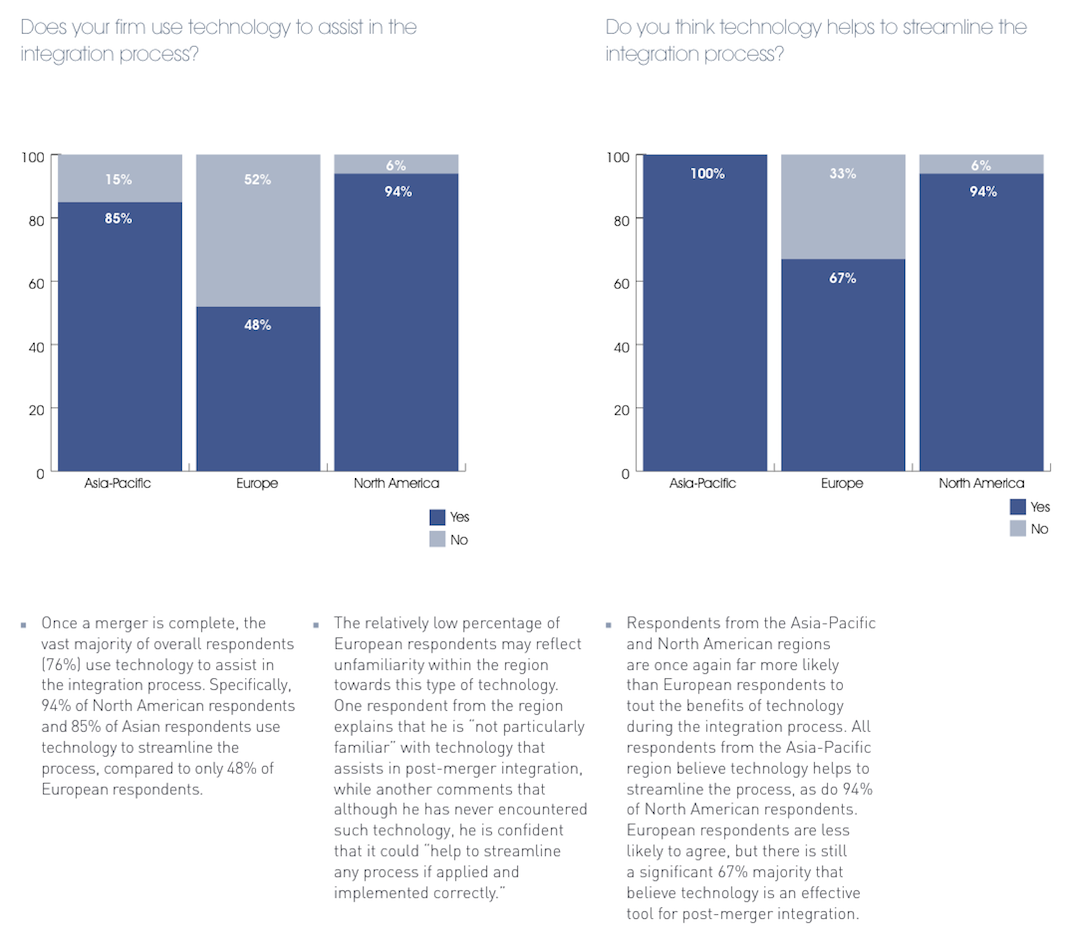 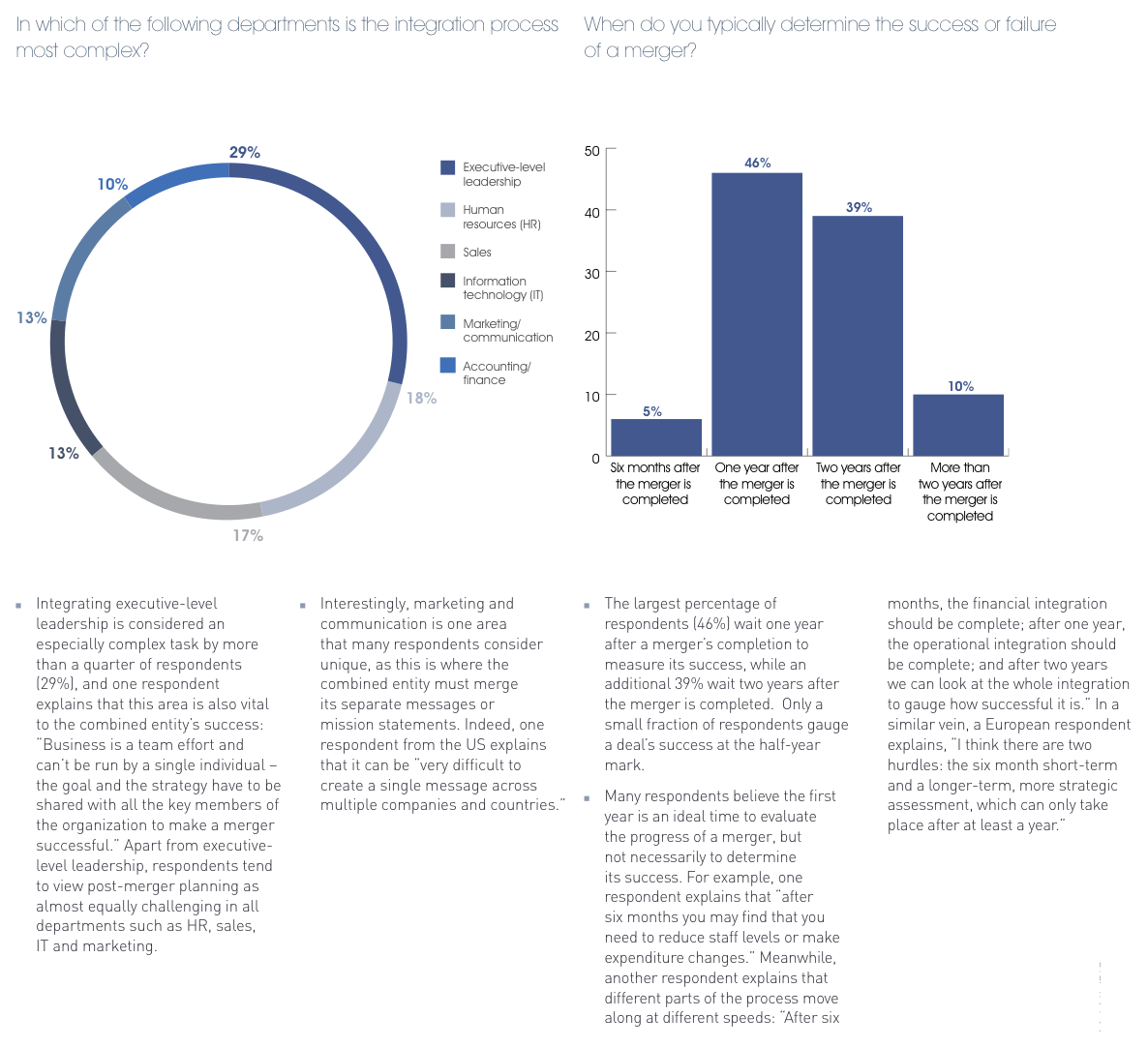 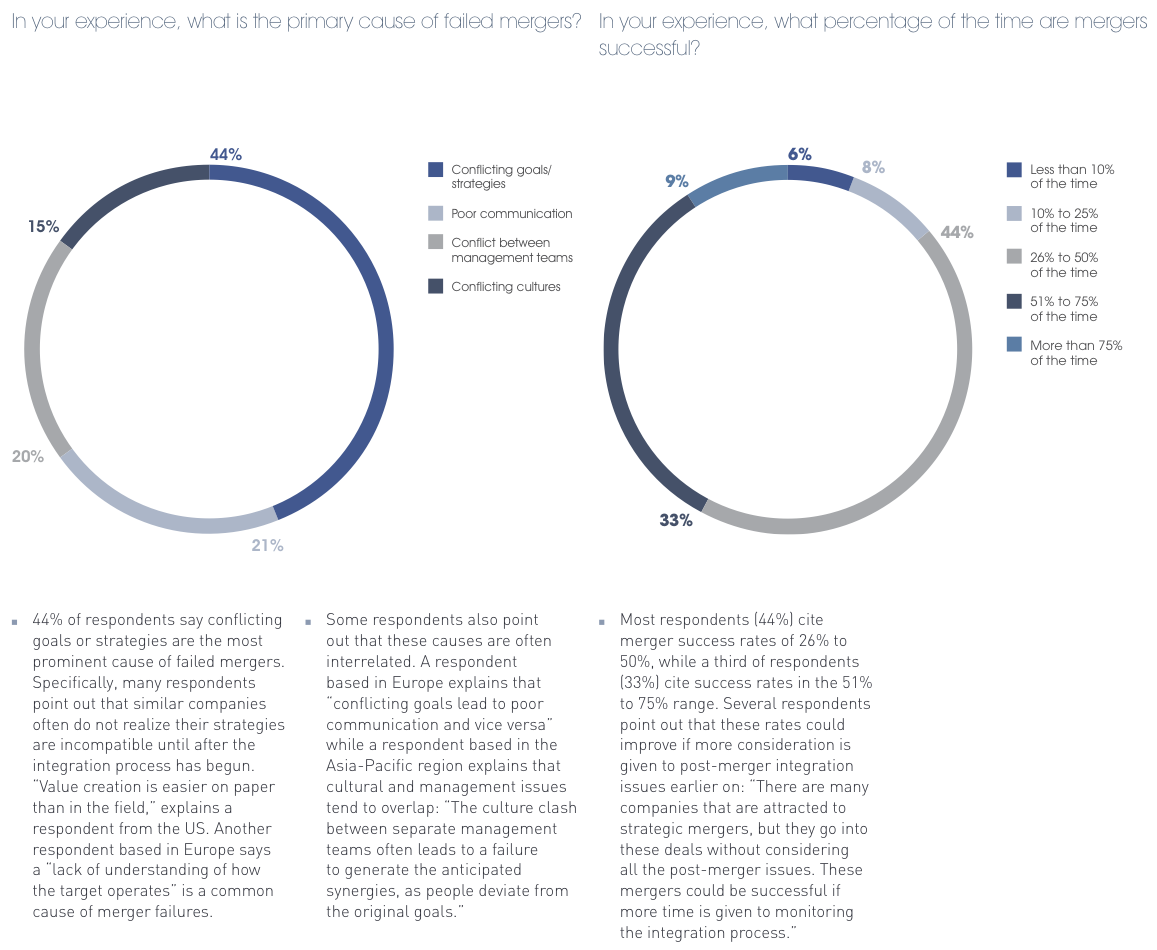 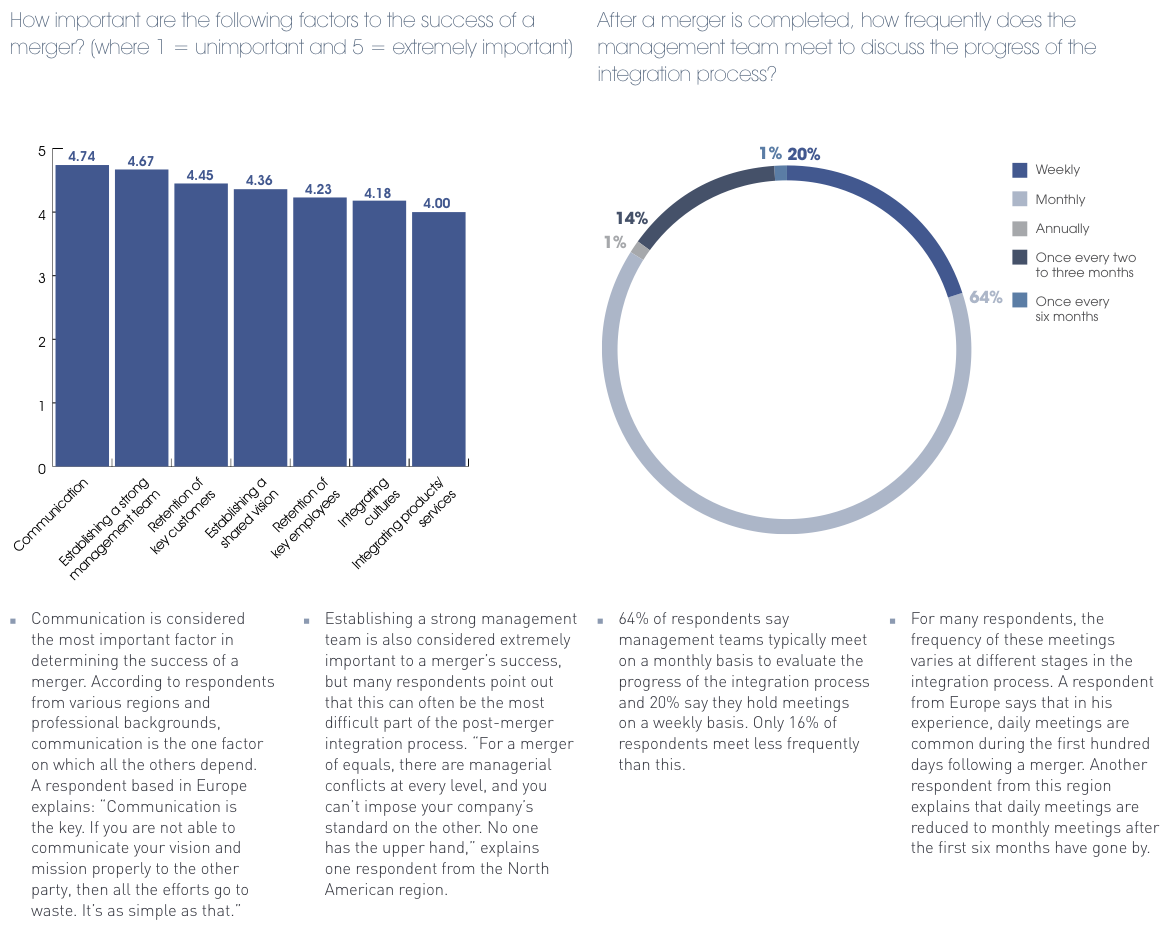 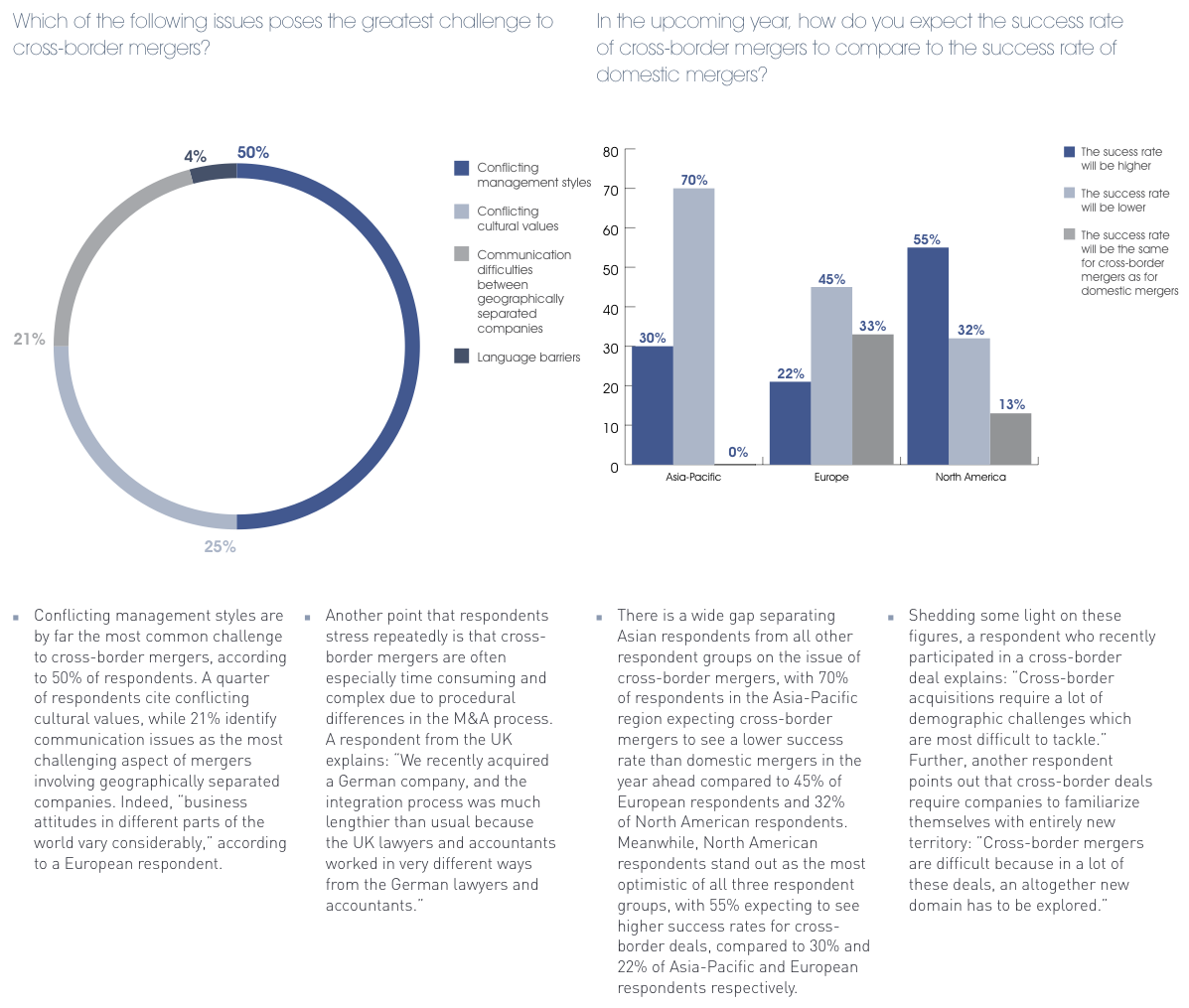 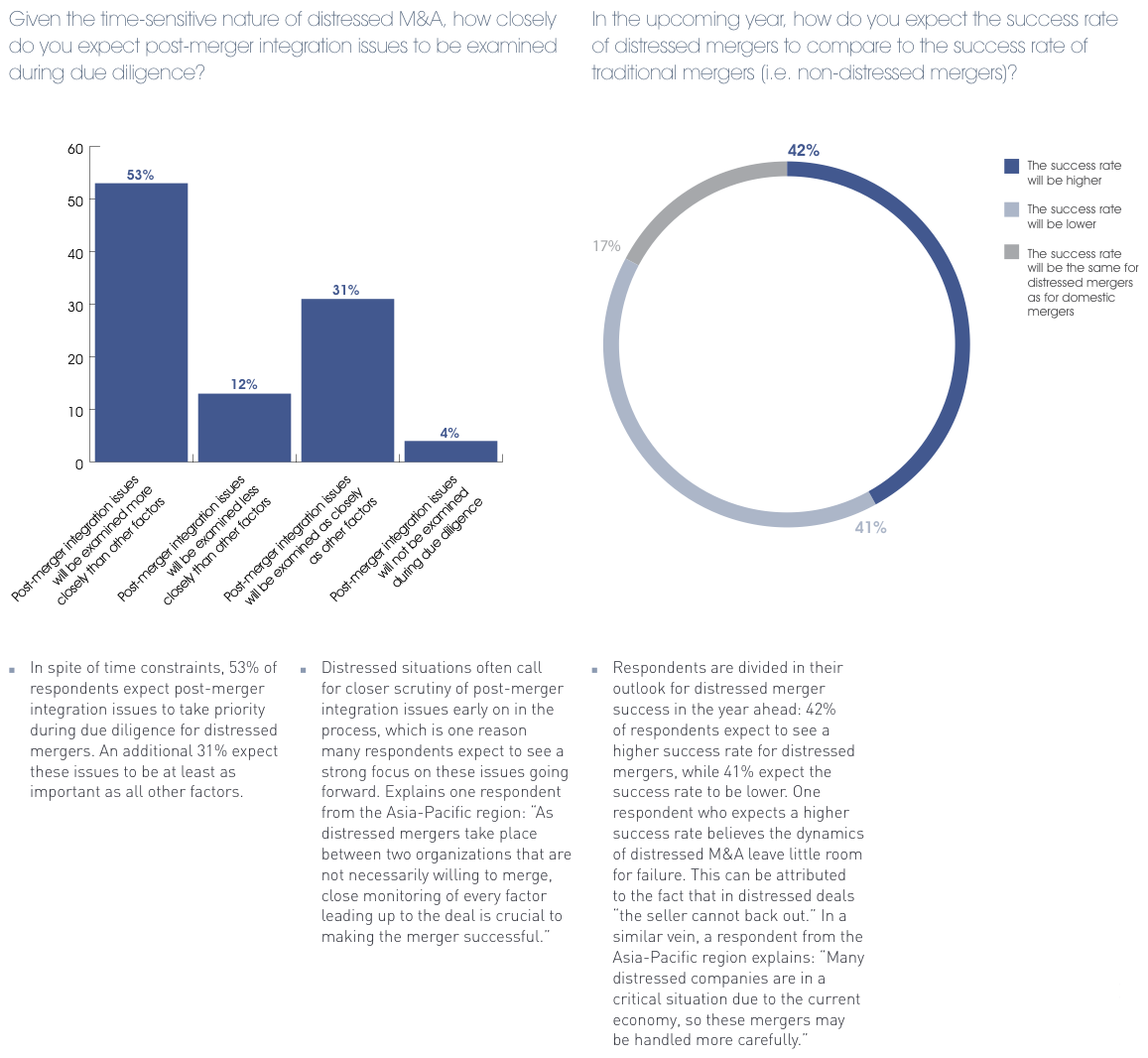 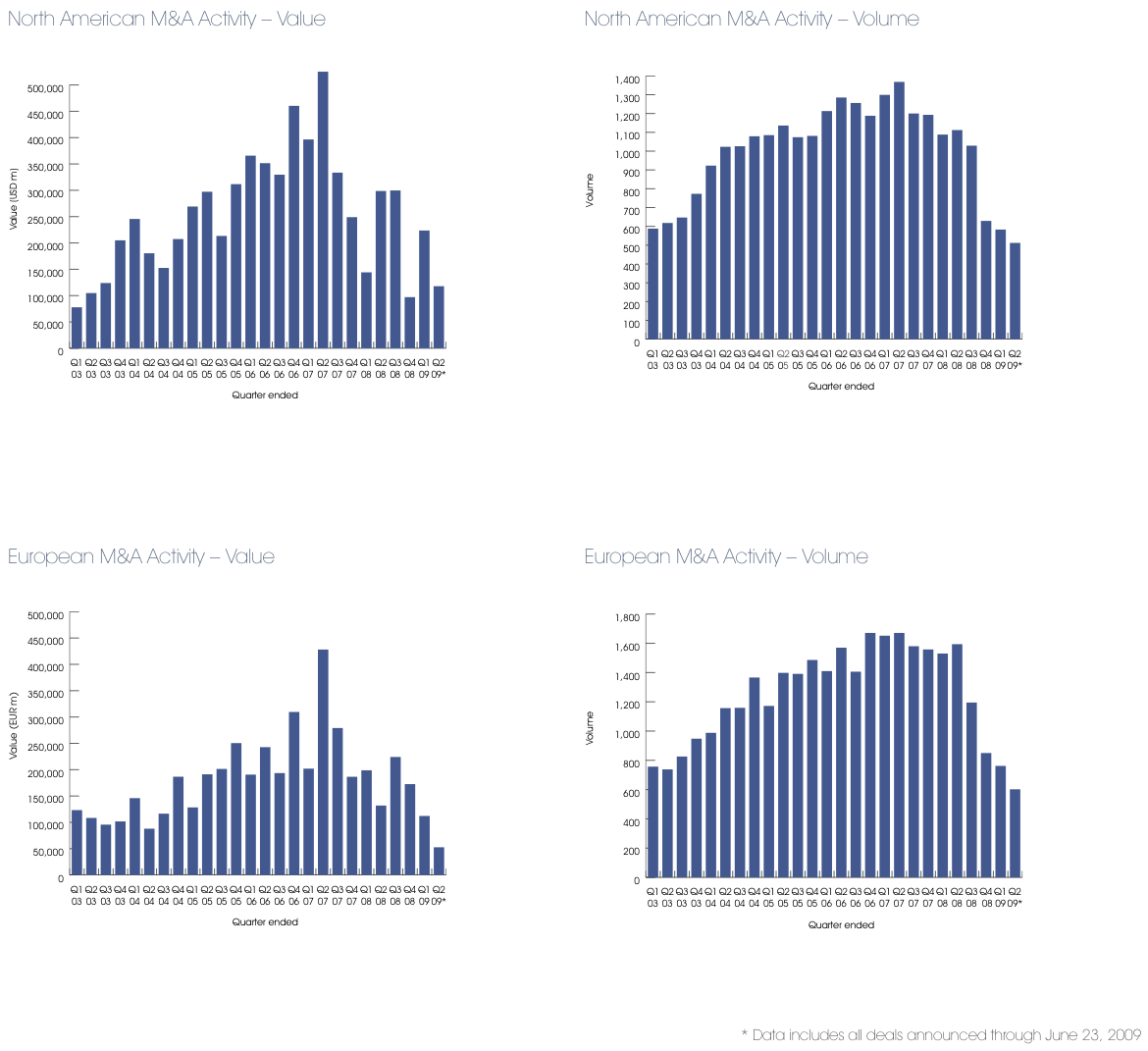