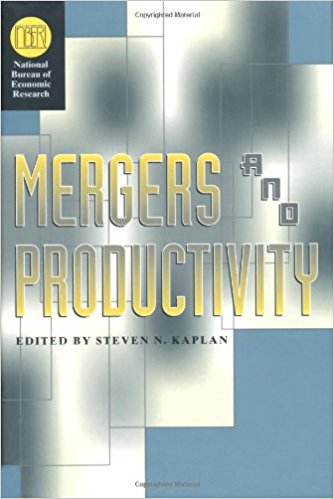 Mergers and Productivity offers probing analyses of high-profile mergers in a variety of industries. Focusing on specific acquisitions, it illustrates the remarkable range of contingencies involved in any merger attempt. The authors clearly establish each merger’s presumed objectives and the potential costs and benefits of the acquisition, and place it within the context of the broader industry. Striking conclusions that emerge from these case studies are that merger and acquisition activities were associated with technological or regulatory shocks, and that a merger’s success or failure was dependent upon the acquirer’s thorough understanding of the target, its corporate culture, and its workforce and wage structures prior to acquisition.

Sifting through a wealth of carefully gathered evidence, these papers capture the richness, the complexity, and the economic intangibles inherent in contemporary merger activity in a way that large-scale studies of mergers cannot.