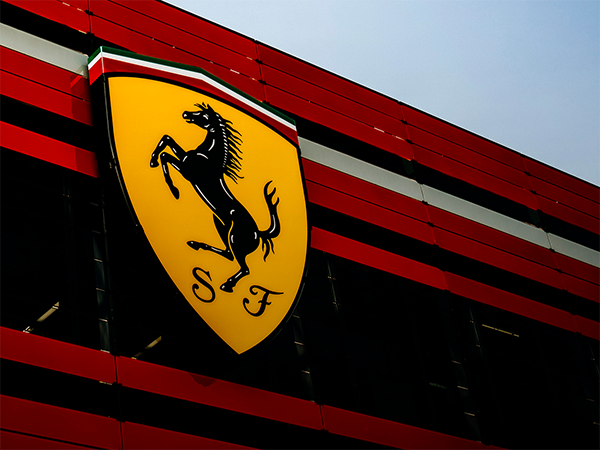 Enzo Ferrari, the founder of luxury car maker Ferrari, would be turning in his grave if he knew that the company he founded planned to succumb to stock market pressure and build a range of sport utility vehicles.
SUVs are the hottest style of vehicle in the world but they are anathema to the vision that Ferrari brought to the global car industry 70 years ago.

In the beginning it was all about building the fastest racing cars in the world powered by Ferrari’s unique V12 engine. Ferrari initially resisted the pressure to build sports cars but realised they were needed to fund his love of motor racing.

When he did go down the path of building production cars Ferrari built only limited numbers, was careful to supply them to the ultra rich or royalty and the sports cars were really racing cars with an exquisite Pininfarina body.

When it was family owned and, later when it was owned by Fiat, Ferrari was able to push back against the pressure to move into areas that might tarnish the company’s super luxury image.

It is extremely doubtful that Enzo would ever have allowed his factory in Maranello to pump out SUVs, which in Australia carry derogatory names such as Toorak tractor or Rose Bay shopping trolley.

Today, Ferrari’s CEO Sergio Marchionne has little choice but to bow to the pressures from shareholders and analysts to do things that will maintain the phenomenal momentum behind the Ferrari stock price.
Over the past 12 months, Ferrari shares have risen 70 per cent on the back of strong growth in earnings. Ferrari’s revenue was up 7 per cent to €836 million ($1.283 billion) in the third quarter and earnings before interest and tax jumped 17 per cent to €202 million.

Ferrari’s success as a public company provides a nice counterpoint to the advice from world-class wealth creators such as Warren Buffett who says you should never allow emotions to enter your investment decision making.

Buffett famously said: “To invest successfully over a lifetime does not require a stratospheric IQ, unusual business insights, or inside information. What’s needed is a sound intellectual framework for making decisions and the ability to keep emotions from corroding that framework. You must supply the emotional discipline.”
Ferrari’s commercial success is all about the emotional connection that is made between the owner and the brand. People are willing to pay hundreds of thousands of dollars for a car that spends 95 per cent of its time in a garage.

A former Ferrari owner confessed to Chanticleer that he was scared about driving the car in the Sydney CBD. He would occasionally take his Ferrari for a “blast” in the country but even then it was difficult to experience the full potential of a V12.

In Australia, there is a healthy Ferrari Club with 1050 cars and most members attend regular rallies. Some high-profile and wealthy owners of Ferraris in Australia include transport billionaire Lindsay Fox, former Coca-Cola Amatil CEO Dean Wills, entrepreneur Martin Berry and Guido Belgiorno-Nettis, who has two Ferraris.
Ferrari has been better than any motor vehicle company at positioning itself as the super luxury sports car brand. The accompanying graphic illustrates its premium positioning on most financial measures against the world’s leading car makers.

Aswath Damodaran, who teaches corporate finance and valuation at the Stern School of Business at New York University, says there are four key characteristics that mean Ferrari is more of a status symbol than an auto company.

He says the styling means a Ferrari is a work of art. Second, is the speed that is offered to those who know that a Ferrari is as close as they will get to being a Formula One driver.

Third, the vehicle comes with a story that draws from its celebrity connections such as Ferrari owner Justin Bieber.

The strength of the Ferrari brand has contributed to its success as a listed company. About 15 per cent of sales are sponsorship and branded products sales.

Finally, the scarcity value of the vehicle means it will always command a premium price.
When a Ferrari car resale centre opened in the Star Casino in Sydney this month there was one Ferrari on display for $350,000. It says a lot about the owner’s willingness to risk driving the car on Sydney’s notorious roads that the car has only 490km on the odometer.

The owner bought it and shoved it in a garage for several years. If he sells it at the advertised price he will have doubled his money which is better than the stellar Ferrari share price performance over the same period. It is a similar story for Porsche sports cars.

When the Porsche 991 R was released in Australia last year it was sold to selected owners for about $420,000. The price on the second-hand market hit $1.1 million at one stage. There is one of these four-litre straight six coupes for sale at the Classic Throttle Shop in Sydney for $899,995.

In Australia there is an added wildcard when calculating the value of a super luxury sports car and that is the currency. This is tied up with the fact that potential buyers of Ferraris who do not want to buy a car from the local official dealer, Herb Appleroth of Ferrari Australasia, will probably go to the next-largest English-speaking market with right-hand drive, the UK.

A weaker dollar against the pound can automatically push up the price of local cars because of the impact on the Ferrari arbitrage between Australia and the UK.

Appleroth has been doing a good job considering Ferrari sold 210 cars in Australia in 2017, which was up 11 per cent on the prior year. That is better than many other countries and says a lot about the wealth of the country’s elite.

For those who can’t afford a Ferrari, the shares in the listed company are attractive according to the latest consensus profit forecasts published by S&P Capital IQ. Ten analysts in Italy and London and New York cover the stock and their 12-month price targets range from $US60 to $US150 a share, which compares with Thursday’s close of $US111.31.

Some say there will be a long-term threat to Ferrari from the arrival of driverless cars. But several luxury car owners told Chanticleer that Ferrari owners will take a new lifestyle option and only drive their cars on race tracks, which is where Enzo wanted them to be all along.