The bears are starting to sniff around the bond market 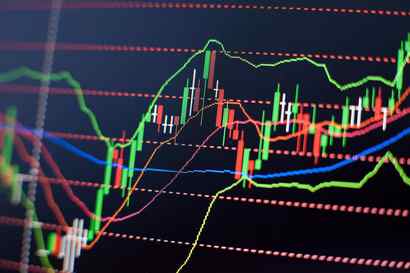 The bears are starting to sniff around the bond market

The people who should know say a quarter-century of balmy weather for bond holders is now over. For shareholders, too, the weather is turning chillier.

This isn’t necessarily the end of the bull market that has enriched investors since the financial crisis.
But it could be the beginning of the end if Bill Gross and Jeff Gundlach are right. Mr. Gross, one of the most widely followed people in the bond world, tweeted on Tuesday that the “bond bear market [is] confirmed today.” The recent rise in yields on the benchmark five- and 10-year U.S. Treasuries has broken 25-yearold trends, he said.

Mr. Gundlach of DoubleLine Capital, another noted bond observer, sang a similar tune in his outlook for the year, saying yields on the 10year Treasury are likely to keep on climbing if they break through the technically important 2.63-per-cent barrier, a mere fraction of a percentage point above the 2.56-per-cent level they were trading around on Wednesday.

A persistent move higher in interest rates would come as a shock to a generation of investors and traders.
They’ve prospered by betting on the long decline in rates that has unfolded in recent years, especially since the financial crisis of 2008.

The fall in bond yields has made older bonds with higher yields more valuable.

It has also made new bonds with rockbottom payouts look distinctly unappealing in comparison with stocks.
The huge gains by stocks since the financial crisis resulted from what money managers call TINA – the conviction that “There Is No Alternative” to equities at a time when bonds provide next to no payback after inflation. Rising yields would upend that situation and make bonds newly attractive to many investors.
To be sure, it’s not clear bond yields are going to march all that much higher. Oliver Jones at Capital Economics says aging populations in search of dependable payouts are likely to help establish a new normal for interest rates that will be substantially lower than in the past. He expects yields on the key 10-year U.S.
Treasury to rise to around 3 per cent by the end of the year, but then sees them falling back as a faltering U.S. economy encourages the Federal Reserve to return to its rate-cutting ways.

But even a small bump in interest rates and bond yields in coming months could unsettle stock markets. A conservative investor in search of a guaranteed stream of income can ensure a significantly higher payout by purchasing a 10-year bond – or even a two-year one. If bond yields continue to climb, even modestly, from here, the comparison tilts even more heavily in favour of fixed-income holdings and away from stocks.
Those who are counting on additional stock market gains have to hope that the Fed proceeds cautiously with the unwinding of the huge balance sheet of bonds it built up during the crisis years and raises future rates cautiously. If rates go up only after clear signs of increasing economic vigour, the impact of higher yields may be offset by increased corporate profits.

But it is a delicate balance. Aswath Damodaran, a professor of finance at New York University and renowned expert on valuation, uses analysts’ forecasts to deduce the implied equity-risk premium for U.S. equities. This is the extra amount of expected return that investors demand from stocks in exchange for owning equities rather than bonds.

Think of the premium as a gauge of market anxiety. Investors who are nervous about the future will look for a big, fat equity-risk premium as a buffer against potential problems. In contrast, overoptimistic speculators will be content with a wafer-thin equity-risk premium, since they don’t expect trouble ahead. The current premium is 5.08 per cent, Prof. Damodaran calculates. In other words, if analysts’ forecasts are to believed, investors expect stocks to deliver total returns, in terms of both yield and capital gains, that will be more than five percentage points higher than 10-year bonds will provide.

By historical standards, such an equityrisk premium is completely normal, even a bit generous.

There is a big catch, however. Today’s equity-risk premium looks so lush only because bond yields are so low. In comparison with a 10-year bond yield around 2.5 per cent, expected returns from stocks don’t have to be all that lofty to look appealing.

As Prof. Damodaran notes, there are good reasons to expect bond rates to move considerably higher. According to his logic, the 10-year bond yield should equal the combination of inflation and real economic growth. If so, the benchmark yield should be pushing 4.5 per cent – far above where it now stands. “There is the very real possibility that the economy stumbles, while rates rise, in which case U.S. equities will be hard-pressed to repeat their 2017 performance,” he says.

Mr. Gundlach is even more emphatic. He predicts the S&P 500 will lose money for investors this year. If so, it will be the first down year since the financial crisis. And if bond yields keep climbing, it could be just the first taste of more trouble to come.