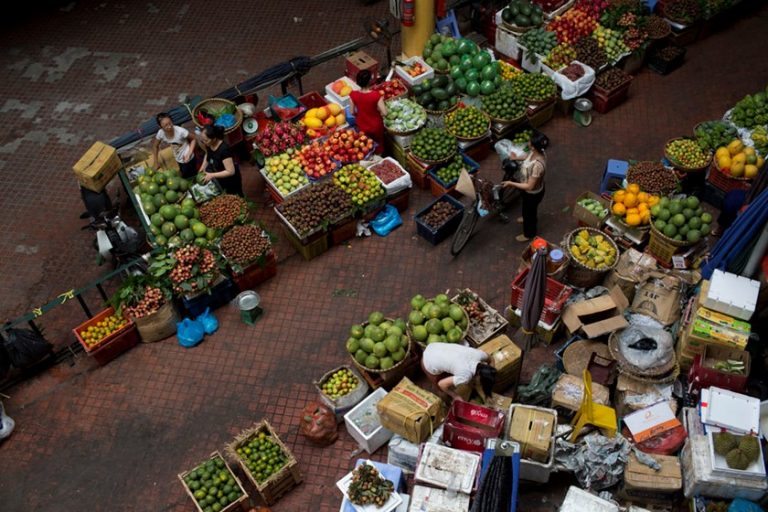 Vietnamese mergers and acquisitions are forecast to hit a fresh record again this year, spurred by foreign buyers’ interest in the country’s fast-growing consumer sector.

Announced acquisitions involving Vietnamese companies rose 40 percent last year to $4.3 billion, beating the previous record of $4.2 billion from 2012, data from the Vienna-based Institute of Mergers, Acquisitions and Alliances show. The financial sector had $1.6 billion in deals, followed by consumer, with $1.2 billion. Dealmaking could rise further in 2016 after free-trade agreements came into effect and the government passed streamlined investment rules, according to Baker & McKenzie and Duane Morris LLP.

Overseas buyers are attracted by an economy forecast to expand 6.7 percent in 2016, the fastest pace in nine years, and a consumer market where 60 percent of the population is under Age 35. Boon Rawd Brewery Co., Thailand’s oldest beer producer, agreed last month to invest $1.1 billion in units of Vietnam’s Masan Group Corp. that make Phu Yen beer and Nam Ngu fermented fish sauce.

“There is a clearer path for people interested in M&A in Vietnam,” said Baker & McKenzie (Vietnam) Ltd. Managing Partner Fred Burke, who advised Boon Rawd on the deal, which was the biggest overseas purchase in the country in more than three years. “The way things are going, M&A activity could be even bigger this year.”

The country revised its investment legislation over the past several months in part to make the process of buying local companies quicker and more transparent. An amended law, enacted in July, cut the time needed to acquire an investment license by two-thirds to 15 days.

Vietnam in December specified 18 industries where foreign investment is allowed, including consumer, property, transport, construction and manufacturing. A June decree said foreigners could for the first time buy majority stakes in some kinds of publicly-listed companies including brokerages.

ANA Holdings Inc., operator of Japan’s biggest airline, agreed this week to buy a $108 million stake in state-owned Vietnam Airlines Corp. The government said in March that France’s Aeroports De Paris was interested in acquiring a stake in Airports Corp. of Vietnam, which is overseeing a construction boom.

Vietnam said in October it plans to sell its entire 45.1 percent stake in Vietnam Dairy Products JSC, the nation’s largest listed company, valued at about $3 billion.

“As long as the government stays true to its course, inflow of foreign capital should continue to increase, especially in 2016 and 2017,” Ralf Matthaes, managing director of consultancy Infocus Mekong Research in Ho Chi Minh City, said in an e-mail.

Such deals are being driven by an expanding middle class in Vietnam, where consumer spending is forecast to grow 47 percent in the four years through 2019 to $184.9 billion, data from Euromonitor International show. Beer intake alone is set to rise 33 percent over the period to 4.8 billion liters, while consumption in Thailand will fall over the same period, according to Euromonitor.

There is still work to be done. Vietnam’s customs and tax procedures are “torturous” and access to loans needs to be improved, said Oliver Massmann, partner and general director of Duane Morris Vietnam LLC.

Overseas companies also need to do extensive due diligence on acquisition targets in Vietnam to ensure they are well managed, according to Baker & McKenzie’s Burke. Any worsening of the Chinese market rout could also cause investors to pull capital out of other emerging markets like Vietnam, said Chris Freund, a partner at Ho Chi Minh City-based Mekong Capital Ltd.

To live up to its promise, Vietnam will need to keep its commitments made in recent trade pacts, Duane Morris’s Massmann said. A free-trade agreement with South Korea took effect at the end of December, while Vietnam and the European Union approved a new free trade agreement last month.

“The country’s deeper and wider integration into the world’s economy is offering new opportunities for M&A activities,” Massmann said. “The trend will continue.”