Valuation in Europe – European companies will be less valuable 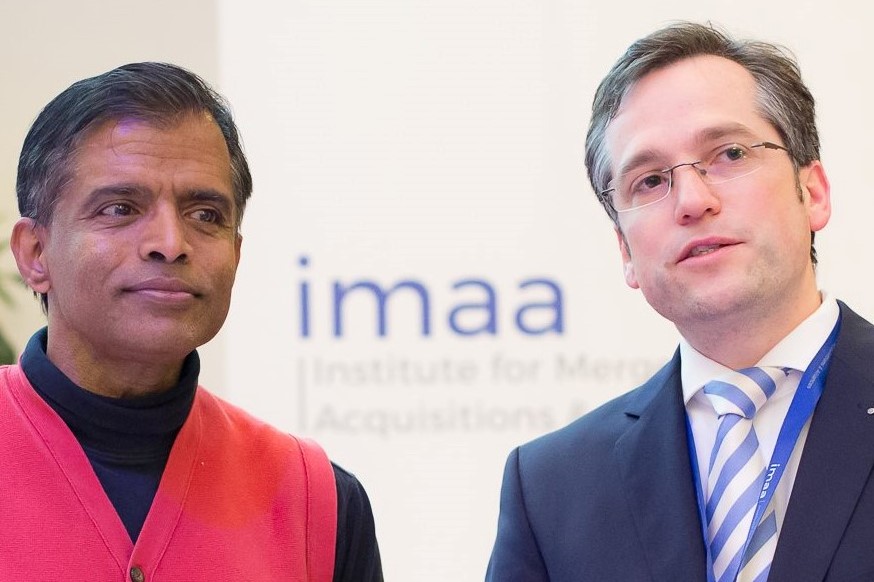 by Thomas Martinek – Trend Magazine (Austria)
Interview of Prof. Aswath Damodaran and Prof. Christopher Kummer to Trend magazine. Apart from Valuation of European companies they also discuss how they use Mergers and acquisitions (M&A) to grow their value. 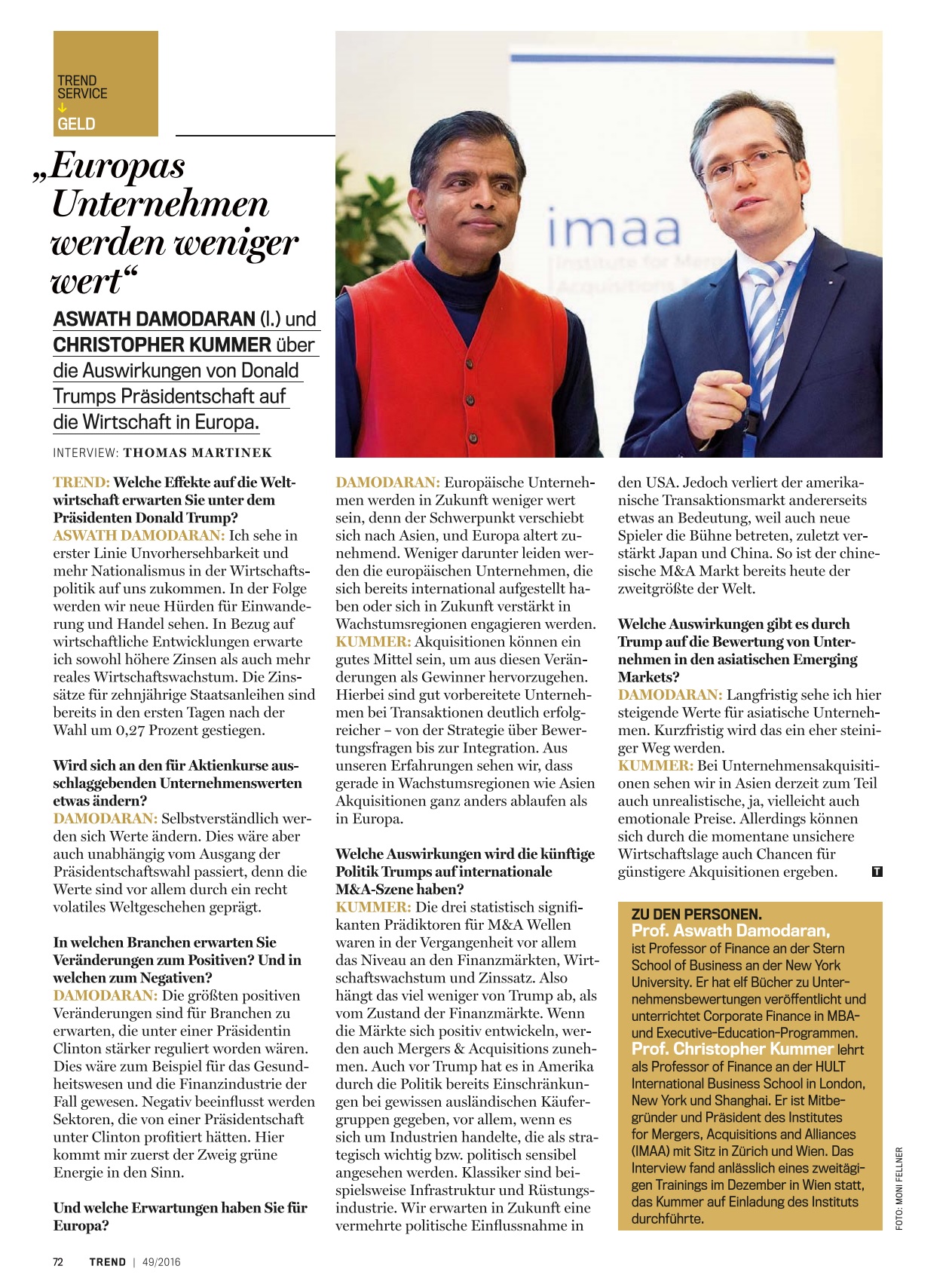 Trend: What effects do expect for the world economy during the Presidency of Donald Trump?

Damodaran: In the first place, I expect unpredictability and more nationalism in economic policies. As a consequence this will translate into new barriers on immigration and trade. With respect to the economic developments, I expect higher interest rates and more real growth. The interest rates for 10 year US government bonds have already increased a couple of days after the election by 0.27 percent. (ee this presentation about Trump Election and consequences for markets and investments).

Trend: Will this change the share prices of important companies?

Damodaran: Of course this will change the prices. That would be true no matter who was president because the world is a volatile place.

Trend: What will be your expectations for Europe?

Damodaran: Europe will be less valuable in the future, as the center of gravity shifts towards Asia and Europe ages. European companies might not suffer to the extent that they are multinationals or can become multinationals.

Kummer: Mergers & Acquisitions (M&A) can be a good tool to benefit from these changes. Companies that are well prepared for transactions are more successful – from strategy, valuation to integration. From our experience we see that deals and the M&A process in emerging markets like Asia work completely different than in Europe.

Trend: Which impact do you see by the future politics of Trump on international M&A situations?

Kummer: There are three statistically significant predictors for M&A waves in the past: the level of stock markets, economic growth and interest rates. So this depends less on Trump than from the conditions of financial markets. If the stock prices increase, Mergers & Acquisitions will grow as well. And even before Trump there have been political restrictions for certain foreign acquirers, in particular when making acquisitions in strategically important or political sensitive industries. Classical industries are infrastructure and aerospace & defence. In the future we expect increasing political influence in the US. However the American M&A market has lost a bit in significance, because new players have entered the stage in the most recent past in particular Japan and China. As a consequence M&A China is already today the second largest place in terms of transactions.

Trend: What effects do you see on the valuation of companies in Asian emerging markets?

Damodaran: Long term, I see increased valuations. Short term, it will be rocky.

Kummer: In some deals in Asia we see unrealistic and maybe also emotional asking prices. Nevertheless there maybe opportunities for better deals due to the insecure economic situation.

Prof. Aswath Damodaran is Professor of Finance at the Stern School of Business in New York. He has published eleven books on valuation and teaches Corporate Finance in MBA and executive education programs.

Prof. Christopher Kummer is Professor of Finance at HULT International Business School in London, New York and Shanghai. He is a co-founder and president of the Institute for Mergers, Acquisitions and Alliances (IMAA) based in Zurich and Vienna. The interview has been conducted on occasion of a training in December in Vienna that Damodaran delivered upon invitation of the Institute.