Unlock The True Value Of Your Merger: Tap The Power Of Lean 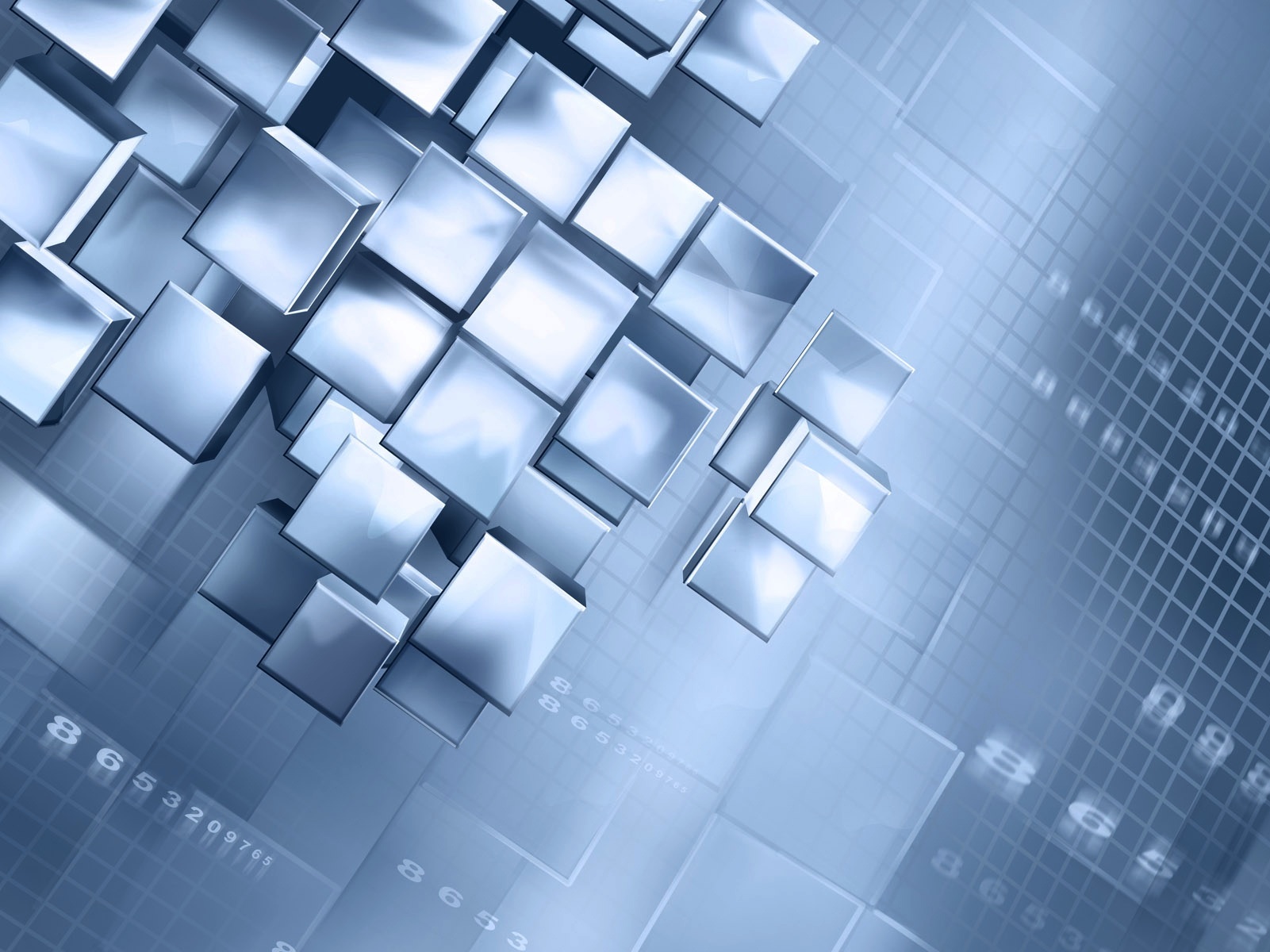 As the financial-services industry emerges from the greatest economic crisis in 70 years, and comes to grips with a raft of new regulations, banks are consolidating, and they will continue to do so. In the first quarter of 2010, M&A activity spiked 50 percent. Integrating two financial institutions has never been easy, and the current environment raises a host of new challenges that even experienced M&A hands must find ways to address. Enter Lean, a process for business transformation that could fundamentally change the way financial institutions run mergers. In a first for the financial-services industry, a company recently used Lean to merge global operations, designing an “end-state” company that will reduce operating costs by a third, that can expand business without adding personnel, and that will give managers tools to pursue continuous improvement.

The global financial crisis and recently passed regulatory reform will profoundly impact the financial-services industry in many ways for years to come. And one clear consequence is a surge in M&A activity as depressed prices create buying opportunities. In the first quarter of 2010, M&A deal volume among financial-services firms spiked 50 percent from a year earlier. That might be an extreme jump, but activity is likely to remain robust for several years. In our view, the industry is on the cusp of a consolidation wave; some players are already proving to be serial acquirers.

The industry has seen consolidation waves before. Indeed, some executives are already battle tested. But today’s global business environment will severely test their know-how. To succeed today, a merger must improve efficiency in an environment with increasing product complexity, globalization, and commoditization of basic services; differentiate customer service and retain valuable customers during the acquisition by improving quality and responsiveness; create global, standard processes that comply with existing regulations and are flexible enough to adapt to future changes; and build the capacity to rapidly expand and seize opportunities.

Given this environment, even M&A veterans should consider new methods to bring additional rigor and discipline to the M&A process. Enter Lean, a potent instrument for change. Lean is a process that some financial institutions already use in a targeted fashion to improve specific process problems. However, we believe they could do much more with Lean. Besides fixing discrete problems, Lean can help managers define a new “end-state” operating model for the entire company; this makes Lean a powerful tool for postmerger integration.

In fact, in a first for the financial-services industry, a Booz & Company client used Lean to merge two global operations. Managers designed an end-state company that will reduce operating costs by a third, that can expand business without adding personnel, and that gives managers tools for continuous improvement. Considering these results, we believe Lean could transform the way financial institutions conduct mergers. More financial-services firms should consider using it, as should companies in other process-intensive and transaction-intensive industries, such as healthcare and airlines.

Lean is a systematic method of building a deep understanding of a company’s current operating environment, optimizing performance to meet goals, and crafting a lasting capability for continuous improvement. Historically, Lean has been used by more manufacturers than service providers. In the last 15 years, more than a dozen leading banks have applied Lean principles to some parts of their businesses, but none have applied Lean to a merger — at least not until the spring of 2010.

In this recent case, two global financial institutions applied Lean to merger planning and integration efforts with great success. The new company created a unified culture, globally standard processes, and functionalized groups, as well as balancing workloads and making process and technology improvements. Thanks to Lean, the combined company estimates the new operating model will run 30 to 35 percent more cost-efficiently, can add new business without additional hiring, and can provide tools for managers to make better decisions and sustain a culture of continuous improvement.

Why haven’t more financial institutions applied Lean to M&A? Three obstacles may explain their reluctance—but these obstacles can all be overcome. First, Lean thinking is still new to the industry and is viewed as a method for targeted improvements rather than broad business transformation. With this Perspective, we hope to begin to change that view. Second, most mergers are under time pressure, and executives might feel they lack the time or resources to apply Lean. However, we have found ways to incorporate Lean methodologies within our overall merger planning approach. Finally, with its rigorous fact-based process, Lean might uncover flaws in the merger assumptions that challenge the deal’s merits. Some executives don’t welcome that kind of information, especially if the deal has been controversial from the beginning, but many appreciate the early warning and the opportunity to resolve these issues sooner rather than later.

Lean thinking is still new to the financial-services industry and is viewed as a method for targeted improvements rather than broad business transformation.

Not only can these barriers be overcome, but Lean can unlock the true value of a merger. Lean’s systematic three-step sequence includes a set of tools to analyze processes, identify improvements, and implement change (see “The Lean Tool Kit”). Though seldom used in the M&A context, Lean is a natural fit. Indeed, the Lean methodology provides significant enhancements to traditional merger planning by bringing added rigor and organization to the process. Some of its important characteristics:

The Lean methodology provides significant enhancements to traditional merger planning by bringing added rigor and organization to the process.

1. Each Lean initiative begins with a current-state assessment that creates a baseline for current operations using a series of analyses:

2. After completing the current-state assessment, Lean moves to the target-state design phase with three goals:

WHEN TO USE LEAN

There are two issues to consider when deciding whether to use Lean. First, executives should categorize their merger by size and strategic intent. One helpful guide is a matrix that categorizes mergers into four basic types: out-of-market transformation, in-market consolidation of equals, out-of-market “bolt on,” and in-market absorption (see Exhibit 1).

Lean is traditionally used for large business transformations; logically, then, Lean is well suited for large, transformative M&A transactions, particularly those with significant integration challenges. This full-scale Lean approach demands that management commit significant time and resources. Therefore, it may be practical only for deals between comparably sized companies or business units of companies.

For smaller deals, Lean is applicable if there is ambiguity about the optimal end-state operating environment. Lean can uncover specific pain points, best practices, and external factors that might affect the integration. Since Lean requires a significant time commitment on the part of management, small, absorption-type deals might not warrant a full-scale Lean approach. But used selectively, Lean can help executives maintain a fast integration pace while lowering the chances they will miss critical pieces of information.

Another consideration is timing. At what point in the merger process should Lean methods be applied (see Exhibit 2)? Lean is best suited to integration planning (post-announcement/pre-close) as well as post-close implementation. Before a deal closes, there are legal restrictions on how much information the two legacy organizations can share, but Lean is well suited for non-confidential activities such as Lean training and value stream definition. And Lean can even be extended to confidential activities before the deal closes if leaders create a “clean room” to keep detailed information confidential. Clean-room processes can often be awkward, but Lean’s rigor and common definitions help make the process smoother and the outcomes more useful. Executives should consider jump-starting Lean with a clean room if there is significant pressure to integrate the company quickly after the deal closes. During the final phase of a merger — post-close integration — Lean can help uncover best practices, build detailed designs, and support strict project and performance management. 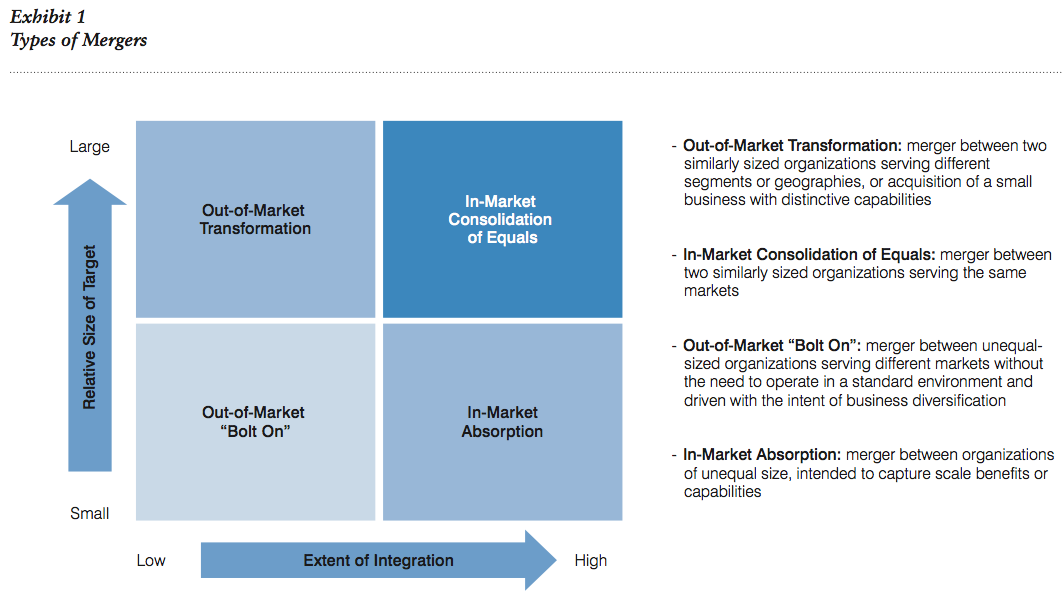 As noted earlier, two global financial services companies recently put Lean to the test. At the time of the merger, volume in their businesses was at historically low levels, but leaders of both legacy companies believed the industry, after being laid low by the financial crisis, might recover quickly. They estimated that volume could double in two years, and they wanted to design the new company to operate efficiently today and to easily take on new business when the market recovered. The challenges were significant. Operating models varied by location, even within each legacy organization. And, as is often the case in mergers, processes and cultures at the two companies differed significantly. All the classic roadblocks to a successful integration existed.

Given the merger’s size and complexity, executives decided to apply the full three-step Lean approach. In the first step, current-state assessment, the core team gathered for a three-day workshop to educate the team on Lean principles and begin the baseline creation process by building a rigorous analytical understanding of current operating models, customer and regulatory factors by region, and demand and supply issues.

as well as process and technology improvements. The new operating model accomplished all these goals while reducing costs by 30 to 35 percent. What’s more, the intense teamwork necessary during this step helped align management thinking and recommendations; leaders started to build a new common culture.

The third and final Lean step, the implementation road map, involved creating separate plans of action for individual groups within the legacy companies. These individual “charters” included benefits, costs, requirements, risks, and time frame; each individual charter was then carefully fit into the merger’s overall integration road map — taking into account total benefits, ease of implementation, and interdependencies — to create a smooth implementation.

As the financial-services industry moves to the next phase of the economic recovery, another wave of divestiture and consolidation is likely. The industry has undergone bouts of consolidation before, but the new environment poses challenges that will test even the most experienced M&A veterans. To address these challenges, they should consider Lean postmerger integration (Lean PMI), a process for business transformation that is rarely applied to merger integrations but that is a natural fit. And because Lean PMI is systematic and can be repeated from one deal to the next, it is particularly powerful for firms that plan a series of acquisitions in the coming years.

Lean PMI offers financial-services executives a new way to think about their mergers, and the recent merger by Booz & Company’s client shows what can be accomplished. Done right, Lean PMI is an effective and rapid method to bring disparate activities and cultures into a single value chain; it’s a way for a new group of leaders to grasp capabilities — and what matters to customers — and focus their energy on improving those areas; and it generates detailed data that supports major integration decisions and helps maintain integration momentum.

In short, Lean PMI is a powerful transformational methodology ideally suited to the complexities of integration planning and implementation. Though seldom used in the M&A context, Lean PMI can provide significant enhancements to traditional merger planning by bringing added rigor and organization to the process. More financial-services firms should consider it, as should companies in other process-intensive and transaction-intensive industries, such as healthcare and airlines.