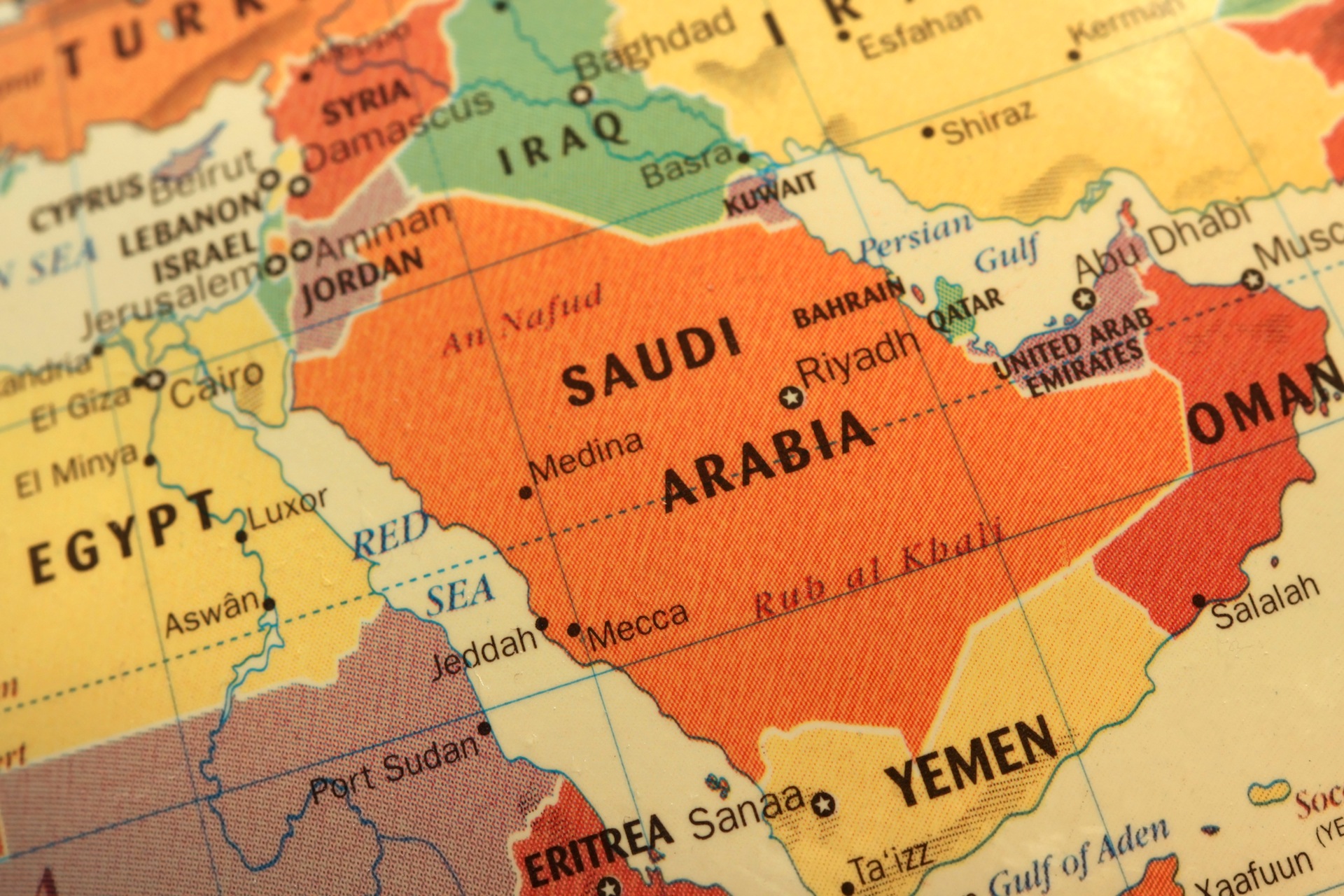 Saudi Arabia’s economic reforms have allowed the economy to grow rapidly in recent years. Saudi Arabia has implemented various programs to improve the business environment, provide comprehensive service to investors and foster investment opportunities in key sectors of the economy. This has attracted foreign investment into the country and encouraged mergers and acquisitions (M&A).

Although the Saudi Arabian tax regulations do not address taxation of cross-border M&A directly, the Saudi Companies Regulations have an impact on such transactions and the Saudi Capital Market Authority has issued Mergers and Acquisitions Regulations, which set the rules and provide some guidance relating to Saudi-listed companies.

Saudi Arabia has established a bond market for debt securities in Saudi Arabia.

The Saudi Companies Regulations provides for mergers in which:

Acquisitions can also be effected by buying shares in a company, subject to foreign investment regulations.

Goodwill paid on the acquisition of shares in a company is considered to be a cost of investment, and a deduction is allowed for this on disposal. The purchaser may pay for the goodwill of a business as a going concern. The goodwill is tax-deductible and can be amortized over a maximum period of 20 years for accounting purposes and at a rate of 10 percent for tax purposes.

No gain or loss arises on the disposal of an asset that is depreciable under Saudi tax law. The result of disposal of such assets is dealt with under the depreciation method stipulated by the law.

Although no specific rules in the corporate income tax and Zakat regulations address M&A, any capital gains arising as a result of a sale or transfer of assets (including the entire business) are treated as normal business income and taxed at the normal corporate income tax rates.

No transfer tax, value added tax (VAT) or any other indirect tax is imposed on M&A transactions.

There is no stamp duty on the acquisition of shares or assets.

In a purchase of shares, the purchase price is the cost base for purposes of determining the capital gains tax payable on a subsequent sale.

Therefore an acquisition of shares in a company does not cause the acquired company to lose the potential benefit of carried forward losses.

However, where there is change of 50 percent or more in the underlying ownership or control of a company, no deduction for losses carried forward is allowed for the non-Saudi shareholder in the taxable years following the change.

In certain circumstance, the seller may prefer to realize part of the value of their investment as income by means of a pre-sale dividend. Such a dividend may be subject to a 5 percent withholding tax (WHT) but would reduce the proceeds of the sale and consequently the gain on sale, which may be subject to 20 percent capital gains tax.

However, the Saudi Arabian foreign investment regulations impose some restrictions on available areas of investment through what is known as the negative list. The following forms of business entity can be used in Saudi Arabia:

Foreigners generally conduct business through either a LLC or a branch.

According to the draft new Saudi Companies regulations, a joint stock company or LLC may be a holding company whose main purpose is to participate in joint stock companies or LLCs that are associated with it and with a percentage shareholding enabling it to dominate, control and provide support to them. The holding company’s name should include the company type coupled with the word ‘holding’.

An investor may operate in Saudi Arabia by setting up an LLC. The LLC is required to have at least two shareholders, who could be legal or natural persons. Under the current Foreign Capital Investment Law in Saudi Arabia, an LLC can be established with 100 percent foreign ownership, with a required minimum invested capital of 500,000 Saudi riyal (SAR), a license from SAGIA and a Commercial Registration Certificate from the Ministry of Commerce (MOC). In addition, the LLC must transfer 10 percent of its net profit each year to a statutory reserve until this amount equals 50 percent of the LLC’s capital. The entity must withhold tax on dividends and other payments to the non-resident foreign partner, depending on the nature of the payment.

The entity also is subject to corporate tax of 20 percent on its taxable profits. Actual expenses incurred specifically and necessarily for generating gross income are deductible as long as documentation is available to support the deduction in Saudi Arabia.

If the foreign country taxes capital gains and dividends received from overseas, an intermediate holding company resident in another territory may be used to defer this tax and perhaps take advantage of a more favorable tax treaty with Saudi Arabia.

A foreign investor may operate in Saudi Arabia through a branch. A branch requires a minimum invested capital of SAR500,000, a license from SAGIA and a Commercial Registration Certificate from the MOC.

A branch has no legal reserve requirements. However, it is required to withhold tax from remittances and profits transferred to the head office. Actual expenses incurred specifically and necessarily for generating gross income are deductible as long as documentation is available to support the deductions.

Foreign investors may establish an LLC or joint stock company with a Saudi partner. The corporate tax is assessed on the foreign shareholder’s share of the entity’s taxable income.

The investment may be financed on either the local or foreign market. No limitations apply to local financing.

It is possible to finance an acquisition through a share capital contribution and/or with debt. There are no specific rules under the corporate income tax law with respect to thin capitalization, although minimum capital requirements apply under the companies law.

There are WHT implications on payment of interest or dividends to non-resident shareholders in a Saudi company. Interest expenses also are subject to certain limitations under the Saudi tax law.

Companies may finance their operations through bank loans or the issuance of capital market debt instruments, but there are some restrictions on issuing debt securities.

Under the current Saudi tax law, deductions for interest expense are restricted to the lesser of: (i) interest expense incurred during the tax year; and (ii) the result of the following formula:

The taxpayer’s total income from loan charges (interest), plus 50 percent of (a) minus (b) where:

a = income subject to tax other than income from loan charges

b = expenses allowed under the law other than loan charge expenses.

Withholding tax on debt and methods to reduce or eliminate it

According to the Saudi tax law, WHT at a rate of 5 percent is payable on the gross amount of actual interest paid or settled to a non-resident lender.

According to the Saudi Companies law, LLCs must fully pay their capital and retain it in a local bank account until the company’s regulatory requirements are met.

Unlike LLCs, joint stock companies may raise capital by issuing shares. The shares must be nominal shares and may not be issued at a value higher than their nominal value, unless such a premium is stated in the company‘s articles of association and agreed by the shareholders. The share premium is then added to the company’s statutory reserve.

Concerns of the seller

The tax position of the seller can be expected to have a significant influence on any transaction. In certain circumstances, the seller may prefer to realize part of the value of their investment as income by means of a pre-sale dividend. In this case, the dividend may be subject to 5 percent WHT but reduces the proceeds of the sale and thus the gain on the sale, which may be subject 20 percent capital gains tax.

All business entities are required to maintain a journal, general ledger and inventory book in Saudi Arabia in Arabic. In addition, all original supporting documentation for all entries recorded in the accounting books must be maintained locally to enable the government authorities to request and review them at any time. According to the Saudi Accounting Regulations and in practice, all books and records usually must be retained for at least 10 years.

An LLC/branch is required to prepare financial statements and have them audited by a locally licensed accountant. Financial statements should conform with the standards of the Saudi Organization for Certified Public Accountants (SOCPA).

Saudi tax law does not provide for any group relief. Each entity within a group is regarded as a separate legal entity and required to pay its tax liability independently.

Saudi Arabia has no specific transfer pricing rules. However, the tax law provides for certain measures against tax avoidance. In determining the tax liability, the Department of Zakat and Income Tax (DZIT) in Saudi Arabia has the right to:

The concept of dual residency is not relevant in Saudi law. However, for Saudi tax purposes, a company is a resident company if either:

Based on the ministerial decision dated 28/4/1428H corresponding to 16/5/2007G, the Saudi tax authority adopted the following important rules relating to the treatment of investments for Zakat purposes in Saudi Arabia:

Additionally, investments in entities outside the Kingdom – joint ventures – are deducted from the Zakat-payer provided either:

If the Zakat-payer fails to comply with these requirements, the investments may not be deducted from their Zakat base.

Finally, any investment – local or abroad – in forward transactions or in Sukuk representing a debt are not to be deducted from the Zakat base, regardless of the issuer’s location and the period of the investment.

In 2010, the DZIT issued Ministerial Resolution No. 3294 regarding the avoidance of double taxation.

Under the resolution, income realized by a resident company from investment in other Saudi-resident companies is not taxable to the investor company provided that:

Further, income realized from investments and operations outside Saudi Arabia is taxed in the country unless a tax treaty in force between Saudi Arabia and the country of the investee states otherwise.

Capital gains accruing to a foreigner from the sale of shares in a local company are subject to tax at a rate of 20 percent.

This table sets out reduced WHT rates that may be available for various types of payments to non-residents under Saudi Arabia’s tax treaties. This table is based on information available up to 1 February 2013.