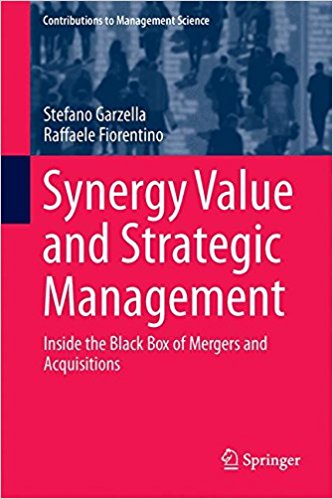 Available in our e-library on M&A

This book addresses synergy management, which poses an important challenge for firms, advisors and practitioners involved in mergers and acquisitions (M&A). Synergy plays a key role in M&A contexts, both in the decision-making process and, subsequently, in the integration phase. However, despite the fact that synergy value is commonly regarded as one of the key success factors in M&A, research shows that firms generally fail to achieve the expected synergy.

M&A Success and Failure: The Role of Synergy Management

Inside Synergy Assessment: Towards the Real Value of M&A

Synergy Management: From Pitfalls to Value