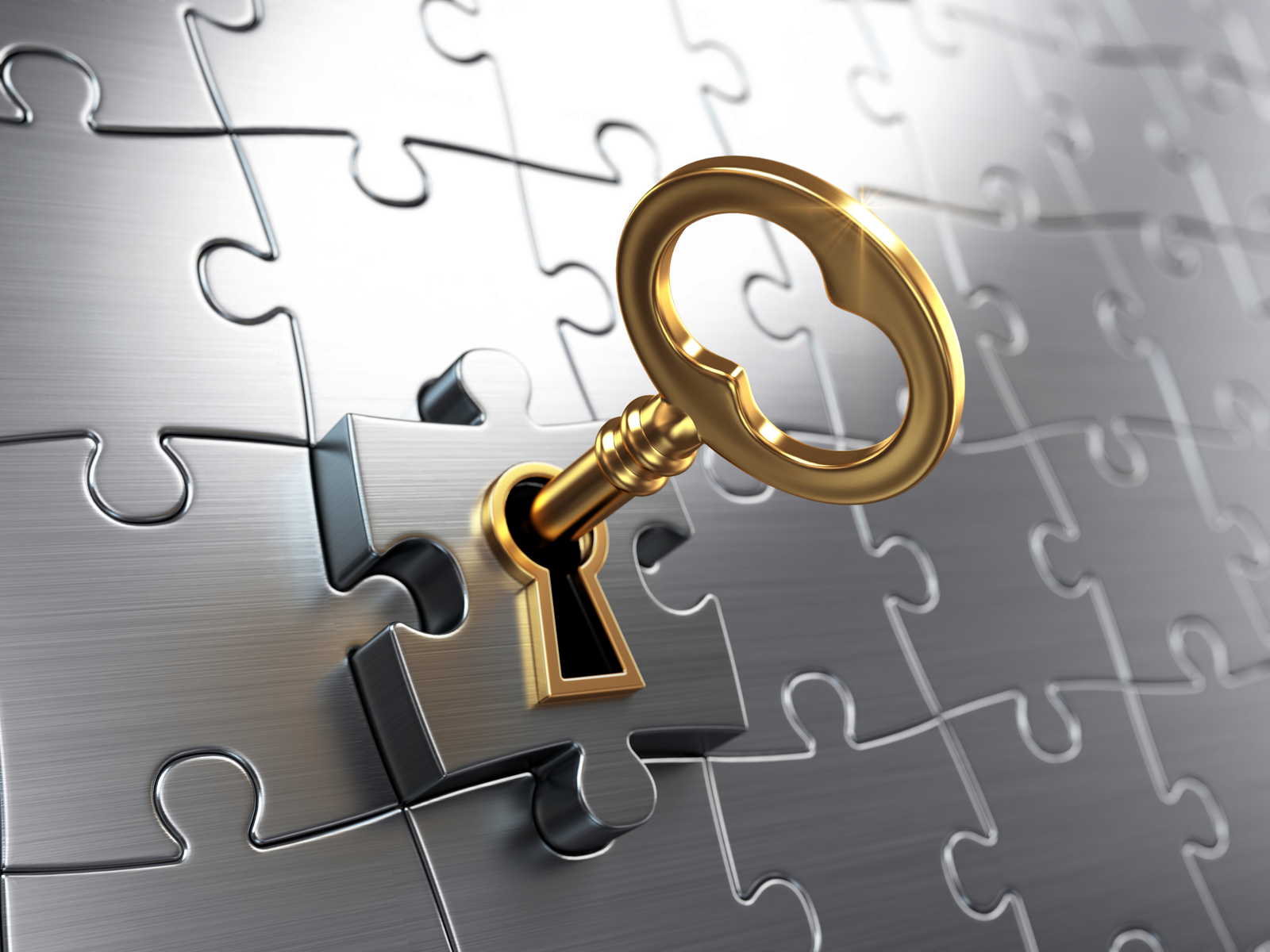 Acquisition has long been an interesting topic in various streams of management literature. In human resources studies, acculturation in acquisitions (X1) is argued to affect employee retention and manager turnover of the target firm (e.g., Cartwright & Cooper, 1993; Larsson & Lubatkin, 2001; Stahl & Voigt, 2008) because employees of the acquired firms constantly face pressure to conform to the norms and values of the acquirers (Haspeslagh & Jemison, 1991). A high turnover of top management team (TMT) and loss of human and social resources in the acquired firm can ultimately have a deleterious impact on acquisitions. Studies of strategic management (e.g., Hill et al., 1992; Miller, 2006) emphasize the importance of the acquirer’s acquisition strategy (X2) and consider different type of acquisition as different means to achieve acquisition gains. In organizational management literature, post-acquisition organizational integration (X3) is argued to be central in theories of organizational design because the execution of a well-designed integration process is important to maximize value creation and minimize value destruction following the acquisition (e.g., Birkinshaw et al., 2000; Puranam et al., 2009).

2.1. Acculturation and the acquirer’s acquisition strategy

Acculturation in acquisitions refers to the “outcome of a cooperative process whereby the belief, assumptions and values of two previous independent work forces form a jointly determined culture” (Larsson & Lubatkin, 2001: 1574) and whether acculturation is achieved depends upon how well the acquirer manages informal integration process. Nahavandi and Malekzadeh (1988) concern the role of the acquirer’s multiculturalism vs. uniculturalism in the acculturation processes following acquisitions. Acquirers characterized by multiculturalism allow acquired firms to preserve their existing culture and business practice, while acquirers characterized by uniculturalism decisively emphasize the common values, norms, beliefs and reward systems in the merged organization in order to achieve consistency in corporate goals, strategies and practices. In related acquisitions, economies of scale and scope generally result from utilizing tangible (e.g., joint purchase of inputs, joint development of exploratory/exploitative technologies) or intangible (e.g., know-how and knowledge transfer) interrelationships between the acquiring and acquired firms. With tight integration and coordination, redundancy can be minimized through restructuring organizations and redesigning standard operational procedures. From a different perspective, it is suggested that high performance over a prolonged period in related acquisitions requires a strong and adaptive uniculture, and therefore high degrees of acculturation. Conversely, unrelated acquisitions are oriented toward optimizing capital and resource allocation, as well as exploring new products and technologies in new markets or industries (Jones & Hill, 1988). The acquired firms’ complementary resources and capabilities allow the merged entity to explore and take advantages of new opportunities. Nevertheless, due to the fact that the acquirer’s and the acquired firm’s technological capabilities are unrelated, autonomy in the acquired firm and multi-culture in the merged organization should be emphasized. Thus, lower degrees of acculturation are required in unrelated acquisitions.

Organizational integration, the level of interaction and coordination between the target and acquiring firms (Larsson & Finkelstein 1999), brings activities to be combined within the common organizational boundaries following an acquisition (Puranam et al., 2009), and acquirers can use common authority, incentives and processes to enhance coordination and mutual adaptation to reduce operational costs (Datta, 1991). However, radical changes in the acquired firms could lead to intervention, disruption and crash (Hannan & Freeman, 1987). In Puranam and Srikanath’s (2007) study, two major effects, namely coordination effect and loss of autonomy effect, are identified in post-acquisition integration. Coordination effect usually occurs by minimizing functional redundancy and jointing daily activities, helping the acquirer leverage the acquired firm’s capability. However, loss of autonomy can prevent employees from devoting to explorative activities and damage the acquired firm’s technological capability (Puranam et al., 2006, 2009). Despite that, “organizational integration between jointing firms should have a positive effect on synergy realization because little, or poorly executed integration and coordination are unlikely to produce substantial joint benefits” (Larsson & Finkelstein, 1999: 6).

In additional to its impact on formal structure and systems of the merged unit, organizational integration also shapes informal processes by creating informal communication channels and group identity beneficial to sharing values and knowledge transfer (Puranam et al., 2009). These informal influences may be strengthened if organizational integration also brings high degrees of interaction between the merging firms, along with mutually coordinative efforts to the quality of interaction (Larsson & Finkelstein, 1999). Once acquisition synergy comes from economies of scope exploiting interrelationships between the merging units, a high degree of integration will be necessary in order to promote divisional cooperation and coordination within the new organization. Due to lack of autonomy, activities of the acquired firm increasingly depend on operational and strategic decisions of the acquirer, which may accompany redirection and redefinition of missions and objectives, as well as destroy the acquired firm’s previous identity and culture. In turn, if an acquired firm is active in technological and product domains different from the acquirer, autonomy should be granted, for autonomy helps to maintain identification and culture and causes limited disruption, so that pre-existing technological and manufacturing capabilities may prosper constantly. Thus, acculturation in a related acquisition demands higher integration than in an unrelated acquisition. As the basic premise of this study is that acquisition strategy, acculturation, and organizational integration will interact to determine post-acquisition performance, I propose that

H2: The interaction between acquisition strategy, acculturation, and organizational integration will have a significantly positive effect on post-acquisition performance.

2.3. The moderating role of organizational integration in the relationships between acculturation and performance

Considering systems and procedures, organizational integration typically generates cooperation, coordination, as well as common goals and authority between members of the acquiring and acquired firms. As for informal organizational processes, integration helps to create organizational identity, common knowledge, and informal communication channels (Puranam et al., 2009). In order to realize the potential benefits of the transaction, both related and unrelated acquisitions require sufficient integration (Datta, 1991; Zollo & Singh, 2004), for no or little interaction and coordination are unlikely to generate substantial joint benefits. In light of the contingency perspective, I further argue that acquisition integration, which consists of interaction and coordination, can moderate the relationship between proper acculturation and acquisition performance for two reasons. Firstly, when complex or various tasks are divided into subtasks for different organizational subunits, those subunits in both the acquiring and the acquired firms must integrate their resources to finish the common organizational goals. In order to achieve the whole goals, organizational integration across combined firms is required to establish a common and collective identification, which largely builds on cooperation and common organization goals (Van der Vegt et al., 2003). Secondly, based on social identity theory (Tajfel, 1978) that concerns how people perceive themselves and process information about in-group and out-group, employees in the process of combination tend to perceive dissimilar others as out-group members and may have less helping behaviors (Van der Vegt & Van de Vliert, 2005). With increasing level of integration, however, a member who perceives to be dissimilar from the other group members will frequently interact with the other group members, which can increase helping behaviors and a common organizational identification. Following the logic above, this study argues

Focusing on the Taiwanese electronics and information industry, this study collects data at financial, organizational and industrial levels to examine whether the interaction of acquisition strategy, organizational integration, and acculturation influences post-acquisition performance. Corporate financial data were collected from the Securities and Futures Commission databases, Ministry of Finance and the Directorate General of Budget, Accounting and Statistics, Taiwan, whereas organizational level data from the top 1000 Taiwanese electronics and computer firms reported by China Credit Information Service. The former criteria ensure that the acquired firms in the sample were publicly traded. Standard Industrial Classification codes in Taiwan (Taiwanese SIC, rev. 9, 2011, encoded on the basis of International Standard Industrial Classification codes, ISIC 4.0, 2006) were used to define an industry, where firms with two-digit SIC industries are treated as the same industry (Jacquemin & Berry, 1979). Based on the data, 387 of top 1000 firms had undertaken acquisitions between 2002 and 2008. Questionnaires were distributed to divisional managers of these 387 merged units in the next year of the acquisition, and 150 of them were returned. Given that the response rate was only 38%, possible non-response bias was therefore proofed, in which the respondents and non-respondents were compared along the dimension of firm annual sales in the year of 2008 for both the acquiring and acquired firms. The calculated t-statistic values were .34 (the acquirers) and .14 (the acquired firms), suggesting no significant differences between the responding and the non-responding groups.

The similarity of resource or product-market in both acquiring and acquired firms is often assumed to have positive impact on acquirers’ post-acquisition performance. In this study, business similarity is assessed by industrial SIC codes (Zollo & Singh, 2004) and related and unrelated acquisitions are identified by a binary variable, in which acquirers and target firms in the same two-digit industry will be set equal to +1, otherwise –1. Grounded on Zollo and Singh (2004), this study measures organizational integration by the acquired managers estimating the degree of coordinative activities between acquirer and target firms in (i) joint procurement, (ii) sharing a sales force, (iii) sharing production information, (iv) sharing best practices in various administrative processes, and (v) involving the combination of resources from different divisions to create new business (5-point scale, Cronbach-a= 0.87). Acculturation is measured by the acquired firm’s managers concerning the level of (i) jointly shared meanings fostering cooperation between jointing firms, (ii) a joint organizational culture through activities such as cross-visit, celebrations, and other rituals, and (iii) the existing culture in the acquired firm is forced to change (7-point scale, Cronbach-a= 0.84).

3.4. Control variables and the endogeneity concerns

The major concern with cross-sectional studies is endogenous effects that the diversification choice (e.g., acquisition) is endogenous to performance (Miller, 2006). Considering endogeneity bias, cross-sectional studies may incur problems of endogeneity when inferring the relationship between diversification and performance. This study therefore follows the suggestions in diversification-performance studies and uses leverage, post-acquisition profitability, and R&D intensity to reduce possible endogeneity bias. Leverage is measured as the ratio of the book value of debt to market value, as defined in the dependent variable (Mansi & Reeb, 2002). The acquirer’s Pre- acquisition firm profitability is measured as the three-year average return on asset (ROA) covering the last three years (t–1, t–2, and t–3) before the acquisition. It is examined as industry adjusted profitability by subtracting industry average profitability (industry 3 year average ROA). R&D intensity is the acquirer’s R&D expenditure over total assets in the year before the acquisition (Miller 2006).

MMR is frequently employed to detect interaction effects and is superior to analysis such as comparison of subgroup correlation coefficients (Dawson & Richter, 2006; Kraemer et al., 2001). However, the functional dependence between independent variables and their interaction terms makes MMR sensitive to the supposed multicollinearity problem in most applications. The procedure of centering is therefore recommended as a feasible solution to high multicollinearity (Shieh, 2009a). That is, with predictors and their interaction terms in MMR, the multicollinearity effects are likely to be reduced if all predictors are centered (Shieh, 2009b). The selection of reference value in centering depends on the data scale. In general, mean centering that involves subtracting sample mean from each observed value is recommended in continuous predictors (Shieh, 2009a); ordinal predictors are suggested to be centered at their medians; and binary independent variable should be coded as +1 and –1 (Kraemer et al., 2001). 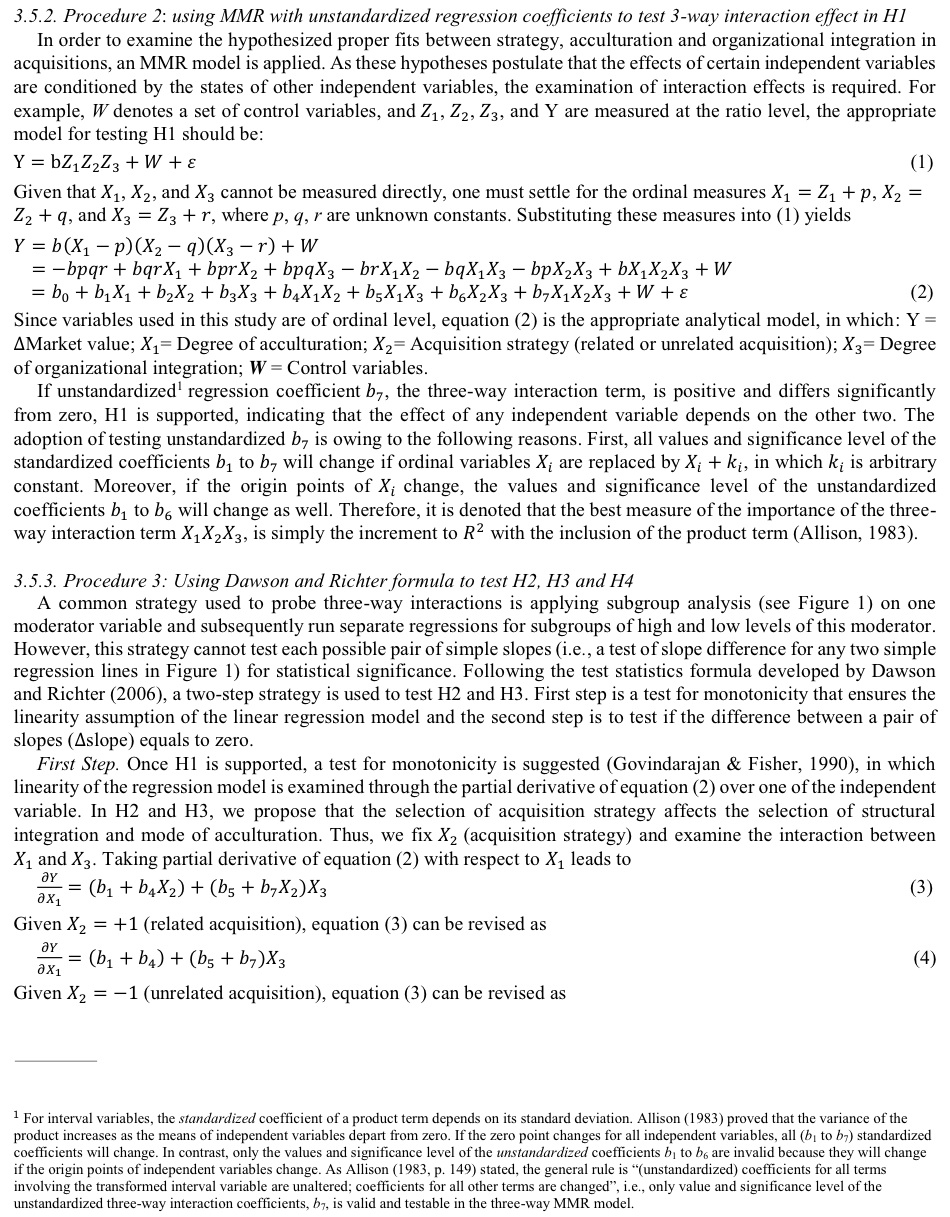 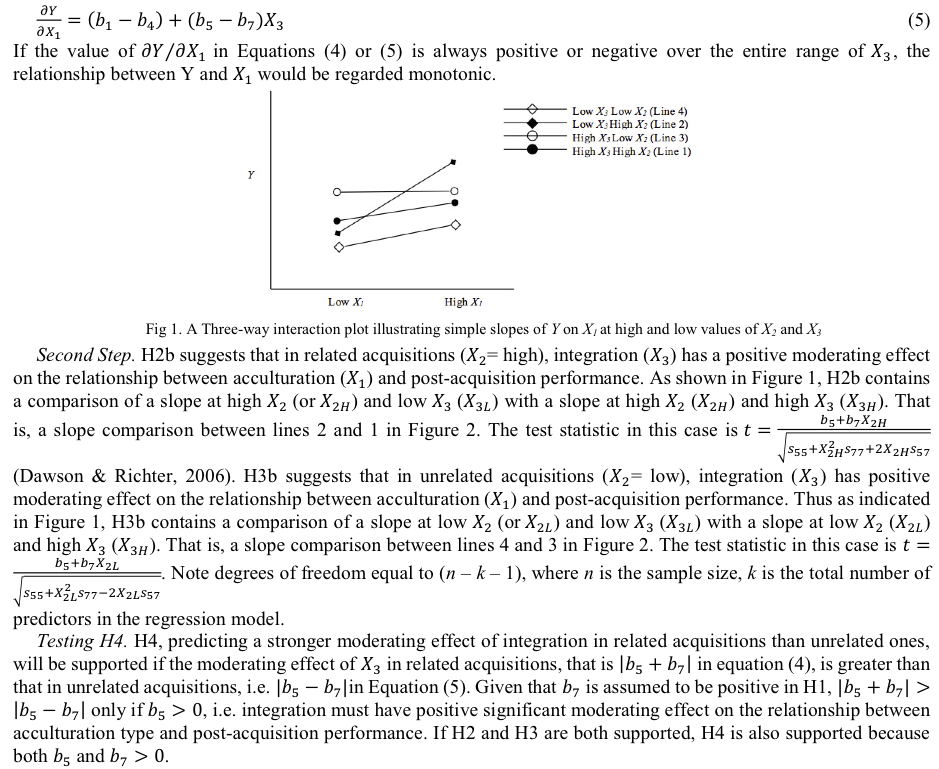 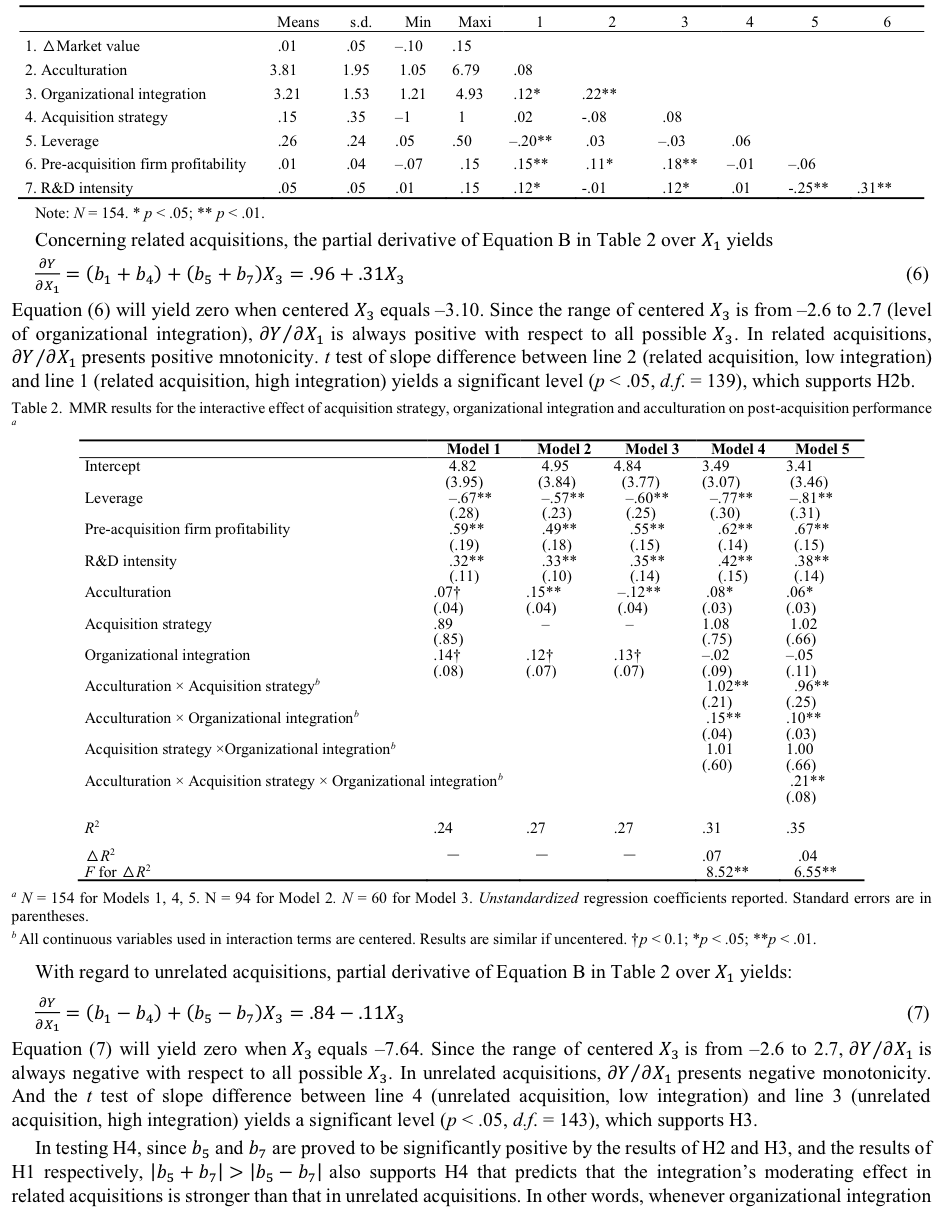 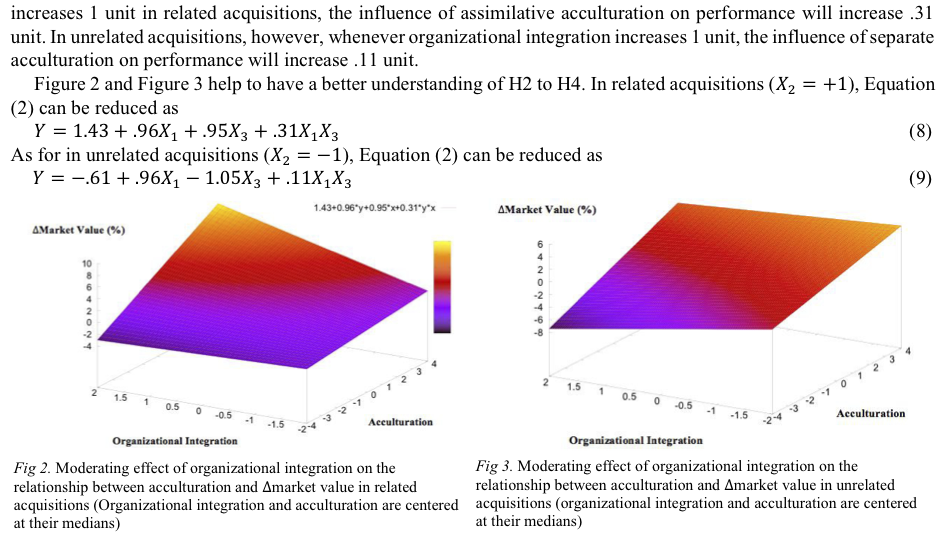