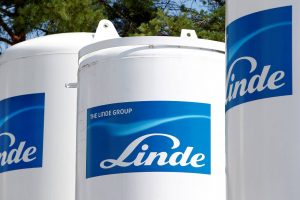 Praxair Inc. and Germany’s Linde AG won’t rack up huge piles of debt in a merger of equals.

The companies on Tuesday announced they would join forces to create the world’s largest industrial gas company with a combined market value of $66.6 billion.

It’s a shareholder-friendly move that can result in the companies reaping synergies without the debt typically associated with a takeover deal, according to Christopher Kummer, president of the Institute of Mergers, Acquisitions and Alliances in Vienna, Austria.

“For large transactions such as this one, a merger of equals that comes with a stock swap is beneficial to shareholders,” Mr. Kummer said.

Praxair at the end of September reported total liabilities of $14.23 billion. Linde stated gross financial debt of €9.28 billion ($9.64 billion) for the first nine months of 2016.

“Both firms are significantly large which would require them to take on a lot of debt and equity, should they pursue an acquisition rather than a merger of equals,” said Matt Arnold, an equity analyst at Edward D. Jones & Co., LP. “With a merger of equals, both sides can get better.”

The move comes after months of increased deal-making activity which has seen German companies like Bayer AG and Siemens AG spend billions on targets in the U.S.

The share prices of both firms went down temporarily over 4% after the deal was announced. This surprised analysts.

“Shareholders were positive before the deal was published,” Mr. Arnold said. Shareholders should keep their holdings for the coming two or three years in order to benefit from the deal, he said.

“This ratio implies [that] Praxair management is willing to give essentially all the value upside to Linde shareholders,” said Jeremy Redenius, an analyst at Sanford C. Bernstein Co. & LLC.

A merger of equals is in general a better outcome for shareholders than a takeover, Mr. Redenius said. The potential value creation from these companies in particular is less convincing, he said, because of the potential cultural differences between German and American management teams. Certain regulatory provisions could also result in lower synergies than the $1 billion annually that both companies have forecasted.

Regulators could require remedies of up to $5 billion annual sales before they approve the deal, Mr. Redenius said.