Economic boundaries opening wider thanks to free trade agreements (FTAs) are forecast to expand the Vietnamese mergers and acquisitions market, although these new opportunities may come at a price. 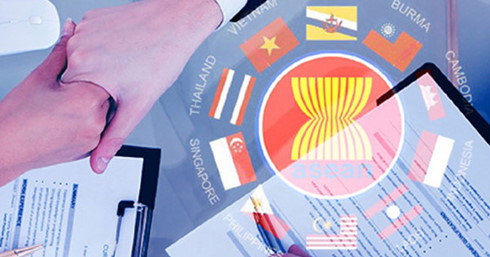 Debate over the promising future of mergers and acquisitions in Vietnam following the country’s plethora of free trade agreements overshadowed the Vietnam M&A Forum 2016, organized by VIR and AVM last week in Ho Chi Minh City.

Dr Christopher Kummer, president of the Institute of Mergers, Acquisitions and Alliance in Switzerland, said Vietnam has climbed the ranks as an active mergers and acquisitions (M&A) location worldwide since 2014.

The majority of foreign investors participated in deals worth US$30 million and above, especially in mega-deals of over US$1 billion.

“I believe international interest in the Vietnamese M&A market will continue for a considerable time, as Vietnam is poised for stable economic development while many other countries are still experiencing slower growth,” said Dr Kummer.

Similarly, John Ditty, managing partner and head of Deal Advisory at KPMG Vietnam, added that the bright outlook for Vietnamese M&A deals was the result of Vietnam’s wider economic development and global integration.

As Vietnam joins the international supply chain through FTAs, foreign investors are increasingly eager to tap into the country’s production and export advantages. The fastest way to do so is via M&As with Vietnamese companies.

Meanwhile, Quach Ngoc Tuan, deputy head of the Ministry of Planning and Investment’s Legal Department, noted that the new generation of FTAs also provides a stronger level of protection for foreign investors, thus encouraging them to conduct M&A activities in Vietnam.

“In general, besides signing the FTAs, Vietnam has also made drastic legal improvements to welcome foreign investment. Notable examples include the revised Investment Law, Enterprise Law, and Real Estate Law. Together with the new FTAs, a better investment environment in Vietnam will rev up investors’ interest in the M&A market,” said Tuan.

Overseas investors have shown keen interest, but it is equally important that Vietnam has a sufficient amount of high-quality products for global M&As. Regarding this issue, Nguyen Son, head of the Market Development Department at the State Securities Commission, highlighted that Decree 60/2015/ND-CP has scrapped the foreign ownership limit at listed Vietnamese firms, paving the way for M&As between overseas investors and listed entities.

“The government is also pushing state-owned enterprises’ equitisation, as well as divesting from equitised companies. This is a great chance for foreign investors to strike M&A deals with large state-owned firms,” said Son.

He added that since the beginning of 2015, the Vietnamese capital market has grown by 15%, creating a good environment for M&As with listed firms.

The most attractive sectors for international M&As include consumer goods, retail, real estate, and finance. Leading consumer goods firms such as Vinamilk, Sabeco, and Tan Hiep Phat are the most likely targets.

“Investors from both inside and outside ASEAN are excited about consumer goods and retail in Vietnam, as we have a young and dynamic population with more sophisticated consumption needs and a high urbanisation rate. Moreover, modern trade channels such as supermarkets and convenience stores still account for less than 30% of sales, which means there is still great room for growth,” said Dinh Thi My Loan, chairperson of the Vietnam Association of Retailers.

As more young people in Vietnam move to urban areas, real estate is also slated for growth. Experts noted that besides traditional investors from Singapore or the Republic of Korea, Japanese investors have also recently joined the race to acquire Vietnam-based properties.

Meanwhile, the targets with the highest growth potential for M&As in finance are insurance firms, banks, and consumer finance companies. Bui Huy Tho, director of the State Bank of Vietnam’s Banking Inspection and Supervision Department, emphasized that Vietnam always welcomes foreign investors to partner with Vietnamese banks or buy out struggling financial institutions.

The dark side of global M&As

Despite their upbeat forecasts for international M&As in Vietnam, experts still warn of the negative aspects of cross-border transactions. One significant problem is tax collection, especially in Vietnam-based M&A deals between offshore buyers and sellers.

“The Vietnamese law already states that as long as the transacted asset generates profits in Vietnam, the Vietnamese government is entitled to collect transaction taxes,” said Nguyen Van Phung, director of the Big Enterprises Department under the General Department of Taxation.

Phung noted that Vietnamese law should provide more clarity to prevent misunderstandings. He also recommended M&A participants hire high-quality advisors to guide them through tax issues and comply with the law.

“It’s crucial that the Vietnamese government strikes a balance between national tax interests and the benefits of M&As. We’ll soon revise the law to ensure the utmost transparency on this issue,” said Phung.

Indeed, loopholes in the legal framework can impede M&A activities in Vietnam. For example, Vietnamese companies are treated as foreign entities after selling a majority stake to an overseas investor, which means significant disadvantages in taxes, land ownership, and business expansions.

Nguyen Son from the State Securities Commission promised that the government will look closely into this issue to ensure that Decree 60 boosts foreign investments as intended.

Another possible cause for concern, according to experts, is hostile M&As to eliminate competitors. There are also worries about the loss of homegrown Vietnamese brands after they are acquired by foreign rivals.

However, Dr Kummer pointed out that overseas investors, even after taking over Vietnamese companies, are unlikely to wipe out domestic brands due to their strong brand value in the Vietnamese market.