Experts at a major forum in HCMC on August 18 painted a rosy picture for merger and acquisition (M&A) activity in Vietnam, saying the accumulated value of deals would continue leaping in the coming years after reaching new highs last year. 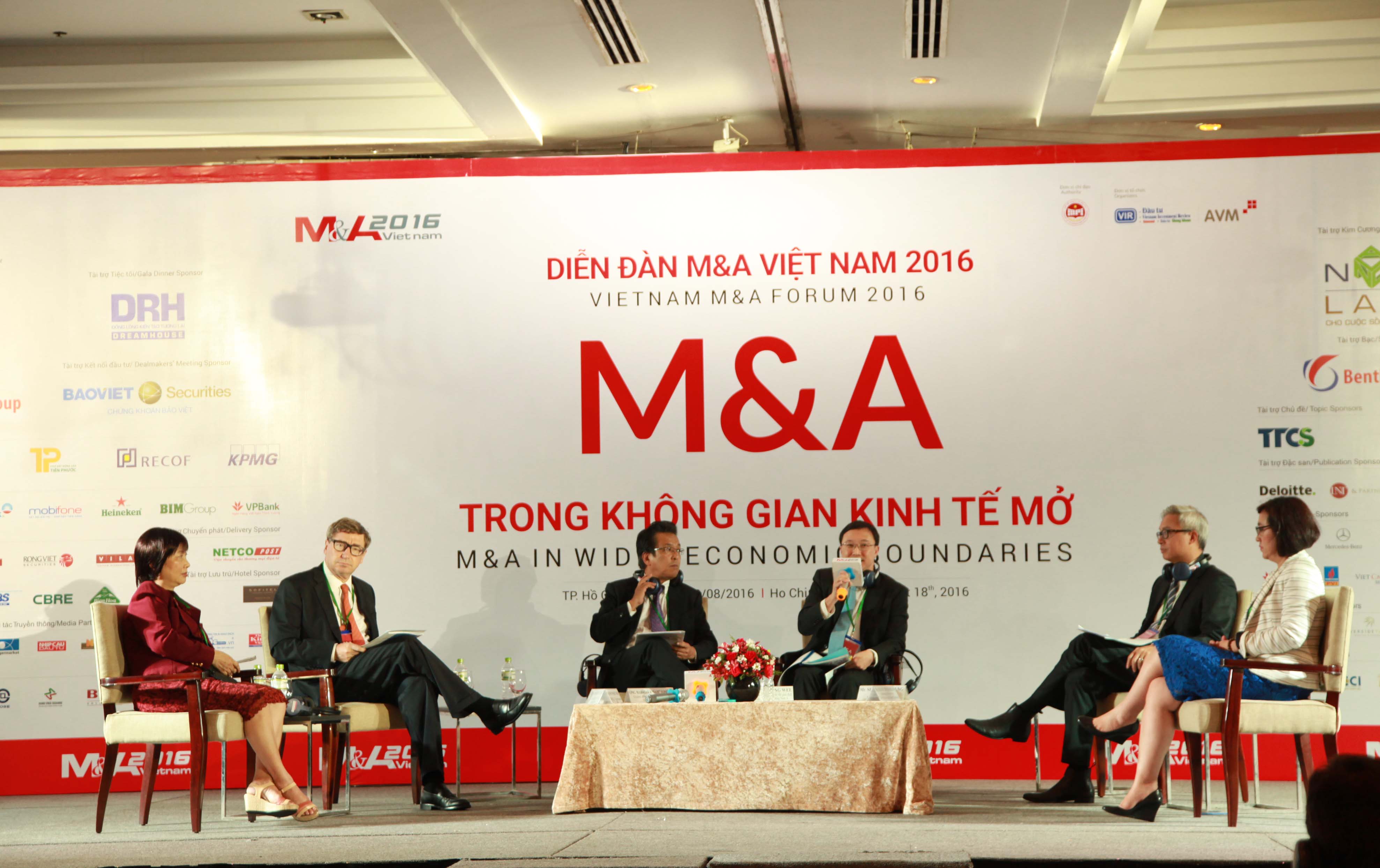 Positive macroeconomic factors and liberal regulations are among the key drivers for the M&A market in Vietnam to remain active in 2016-2020, which is contrary to the general picture of M&A activity on world markets, experts said at the M&A Vietnam Forum 2016 in HCMC.

M&A deals in Vietnam rose to a record high of US$5.2 billion last year and reached nearly US$3.5 billion in the first seven months of this year.

Christopher Kummer, president of the Austria-based Institute of Mergers, Acquisitions and Alliances (IMAA), said M&A activity is bustling in Vietnam and that this trend would continue in the coming time.

This is different from the general trend of the M&A market in Asia Pacific and the world as a whole, Kummer told the forum, adding Vietnam-based firms have helped buoy the market in the past years.

Kummer said Vietnam’s M&A market has climbed to 15th in the world’s rankings and that this is an important indicator for the rising importance of this Southeast Asian market.

Marc Townsend, managing director of property service firm CBRE Vietnam, said Vietnam has turned more appealing than many other regional markets. He said more investors would regard Vietnam as a safe haven given political unrest and economic uncertainty elsewhere in the world.

John Ditty of KPMG Vietnam said there have been multiple changes for M&A activity in Vietnam and that there are many struggling firms here in the country, thus opening a window of opportunity for foreign companies to enter the local market.

Ditty projected there would be more M&A deals in real estate, consumer products and retail than other sectors. In addition to Thai firms, investors from South Korea and Japan are looking to enter Vietnam and they could create a new wave of M&A deals in this market.

Vietnam has become more attractive to foreign investors thanks to its high growth, the free trade agreements (FTAs) it has signed in recent years such as the Trans-Pacific Partnership, and the ASEAN Economic Community (AEC).

Moreover, many Vietnamese firms are seeking foreign partners via M&A deals as a way to tap into the potential of foreign markets.

However, experts said inconsistent policies and regulations as well as a lack of transparent information about enterprises could affect M&A deals in Vietnam.

Thank you for reaching out. We look forward to discussing your needs and expectations and demonstrate our programs and expertise.