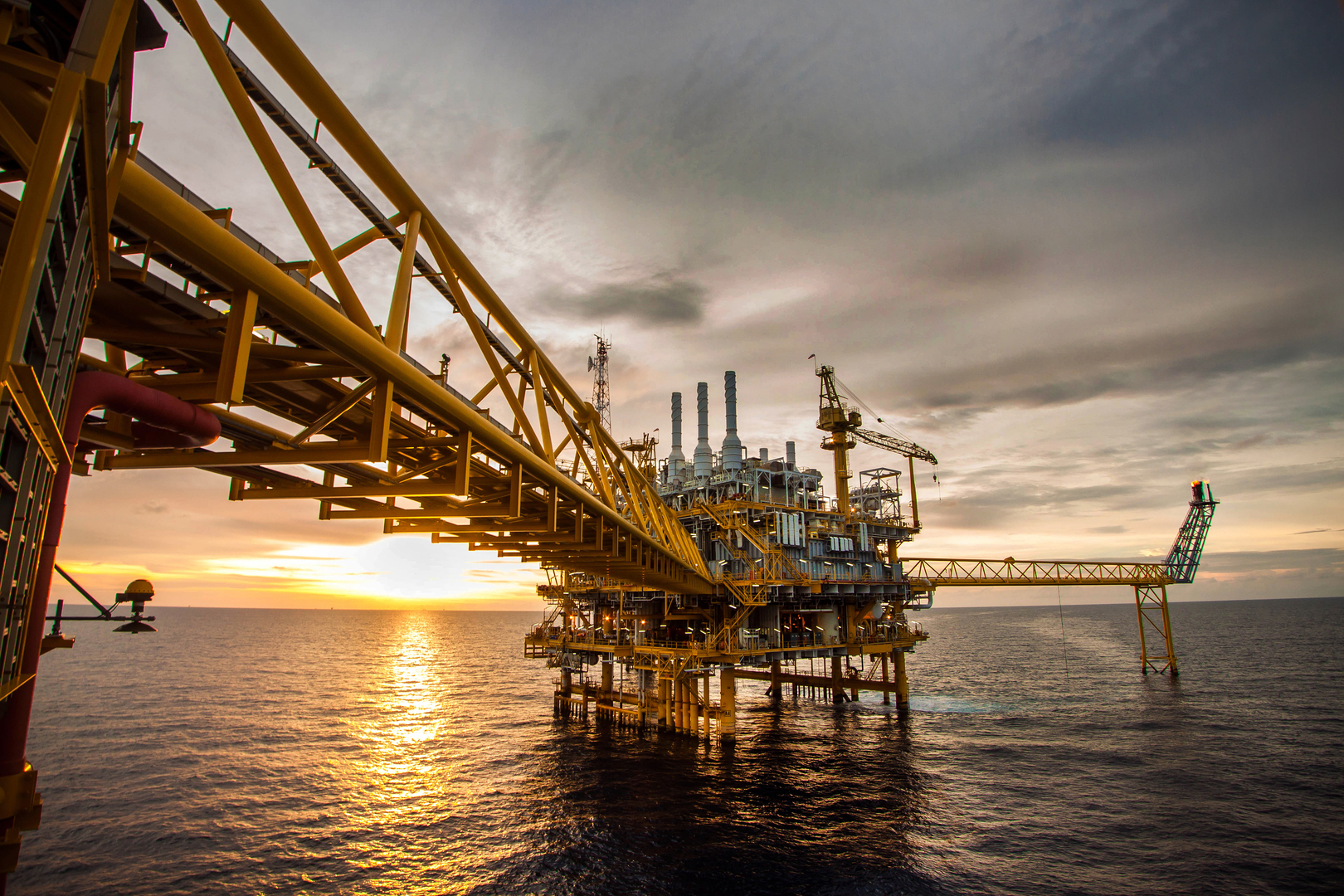 Looking ahead to 2015, we predict that procurement efficiency as a key business improvement lever will increasingly be at the forefront of business leaders’ minds. Tony Rawlinson, Partner and Head of Procurement Advisory, KPMG Singapore Management Consulting, outlined the rising global megatrends that are simultaneously challenging existing ENR procurement organizations and forcing the industry to evolve in order to maintain competitiveness.

ENR companies are increasingly expected to deliver low carbon, affordable and stable energy supply to a growing demand base. To balance such expectations with sustainable profit growth, Mr Rawlinson emphasized the importance of ENR procurement organizations adapting their service platform. In particular, ENR functions need to move beyond the traditional role of cost management and prioritization of spending, to deliver more strategic value. 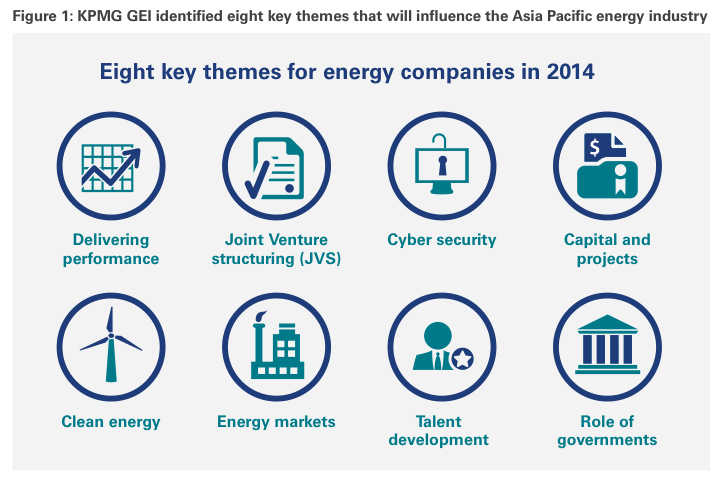 To unlock value for companies, procurement needs to become a strategic business partner. The development of stronger procurement capability in category management, strategic sourcing, demand management and supplier relationship management is required to cash-in on the bankable dollars from superior procurement management.

With a KPMG Procurement Maturity Curve (Figure 2), Mr Rawlinson explained that there is room to improve procurement maturity in the majority of ENR companies:

Effective procurement functions raise profit margins by as much as 163 percent. In addition to improving an organisation’s bottom-line, cutting-edge procurement processes can up the game in other areas including supply reliability and performance, risk and volatility management, innovation and operational excellence. 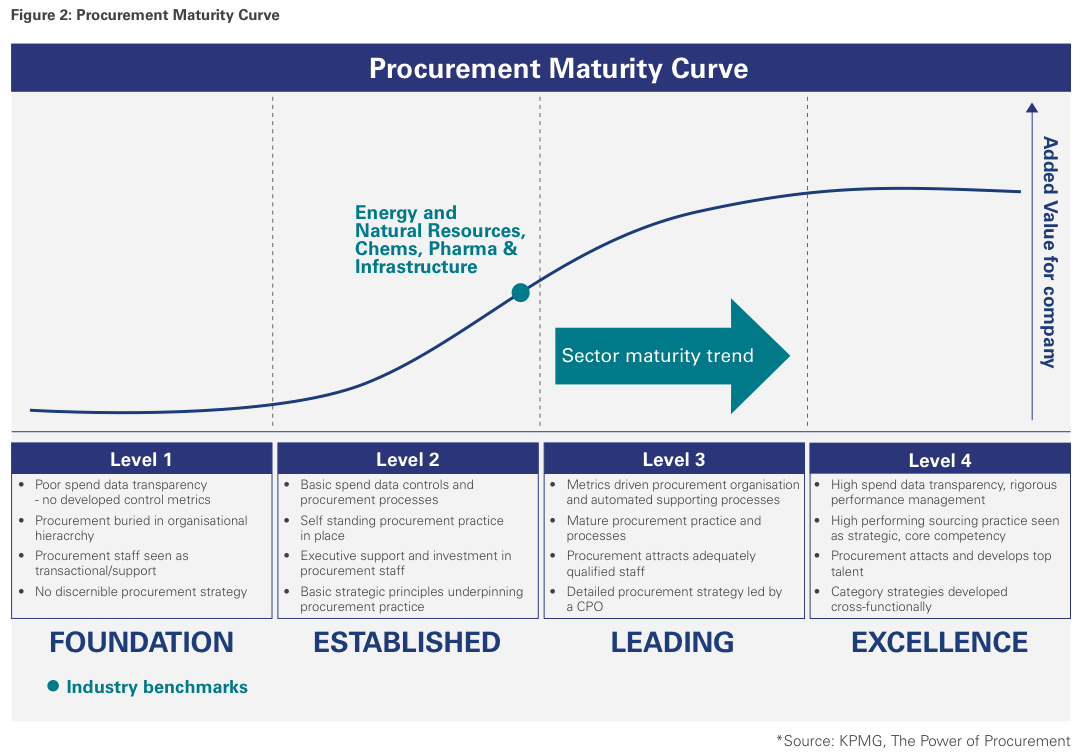 Through a third-party lens methodology, KPMG can support ENR clients across the value chain by identifying and delivering a range of procurement efficiencies (Figure 3).

M&A Explore the future – Oil & Gas: Anthony Lobo, Global Head of Oil and Gas at KPMG UK, provided insight into global M&A trends. Last year, deal volume for the global oil and gas industry was relatively low. This was partly due to capital constraints, a focus of value over volume and wider uncertainty surrounding the global economy. Soaring project costs, and shareholder pressure has forced a slow-down in development capital spending also, with a number of large mega projects being cancelled in the last 12 months due to poor economic performance. 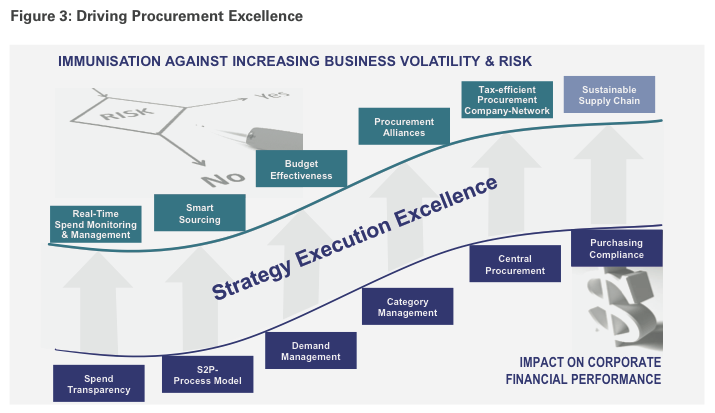 Despite deal activity slowing down, Mr Lobo highlighted the diverging portfolio strategies between National Oil Companies (NOCs) and International Oil Companies (IOCs). China and other Asian NOC’s – driven by the challenge of meeting escalating domestic demand forecasts – are venturing outside of their home-markets. This resource hunger led to NOCs dominating the M&A market in 2012 and 2013. By contrast, enhancing their competitive position, IOCs have implemented capital discipline measures to allay shareholder fears of falling earnings (Figure 4).

As Figure 5 shows, the investment strategies of IOCs have changed discernibly in the last three years. To Figure 4: Development CAPEX of Top 10 IOCs ensure sustainable growth and deliver shareholder value, IOCs are actively optimising their investment portfolios. Preferring ‘Value over Volume’, many are streamlining investments and operations to focus on strategic strengths, and shifting their upstream focus to key geographies.

But this is not as simple as it sounds as large scale projects are needed to target more costly and challenging resource themes. A decade ago, conventional investment accounted for approximately 60 percent of a major’s oil & gas portfolio. By 2015 this may have decreased to about with 40 percent while investment in the to account for nearly 60 percent of future upstream portfolio value.

By contrast, the portfolio mix for the bulk of NOCs is conventionally oriented; although there is a push to enlarge their unconventional oil and gas weighting. As NOCs increasingly manage a diverse portfolio base, they must be prepared to adapt their management to provide for the technical risks and operational complexities involved. 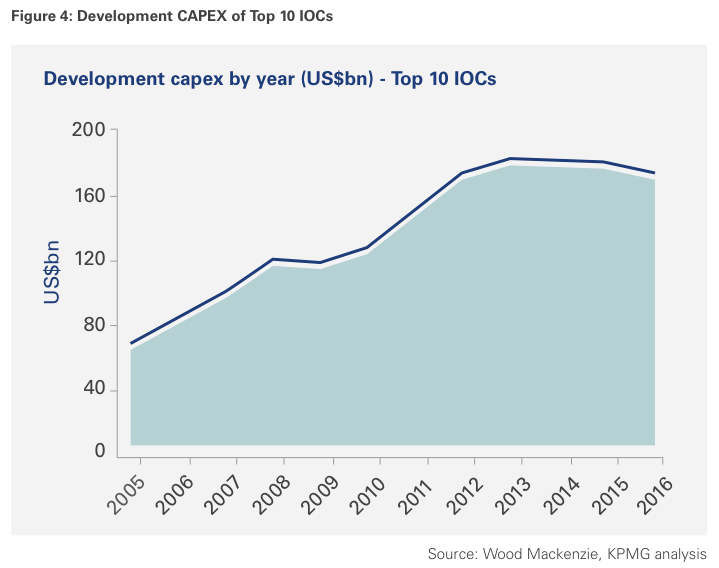 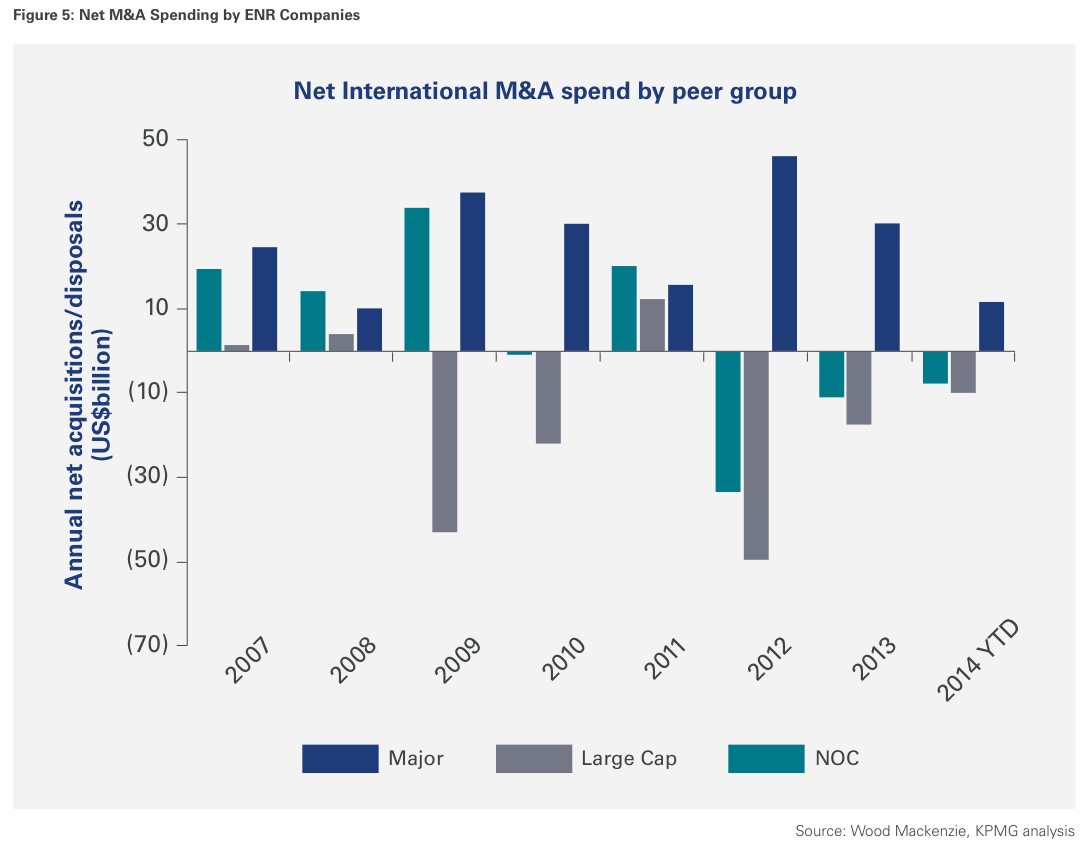 The oil and gas potential of Africa was a central part of our M&A presentation. In 2013, Africa recorded a record level of M&A activity.

North Africa, though characterized by political unrest, is attracting renewed investment interest. Egypt in particular is seen as a territory offering enticing value.

Despite recent disappointments, West Africa remains an exciting exploration play with companies targeting deep-water structures. There are acquisition opportunities in Nigeria as the majors look to exit, although uncertainty over the future role of NPDC has slowed the transaction process. Alternative commercial arrangements are now being considered.

East Africa’s ascendance as a vibrant energy frontier is constrained by fiscal and political uncertainty, in addition to relatively junior infrastructure and therefore investment potential continues to be hindered. As a result, independent entities and small caps make-up over 80 percent of licensed frontiers acreage by peer group.

Limited by capital, independents have been the cornerstone of East African exploration – finding hydrocarbons before selling their stakes to larger entities for a considerable uplift. Cove Energy was highlighted as a model exploration company that maximised value-creation at the initial exploration phase. After finding gas, Cove sold its 8.5 percent stake in the Rovuma Basin, Mozambique, to an Asian NOC for nearly US$2 billion – 40 times its initial capital injection.

We continue to see interest in African assets for Asian players and believe this trend will continue well into 2015.