Coming Together: Getting The Cultural Integration Right Following A Merger Or Acquisition Can Be Crucial For Success 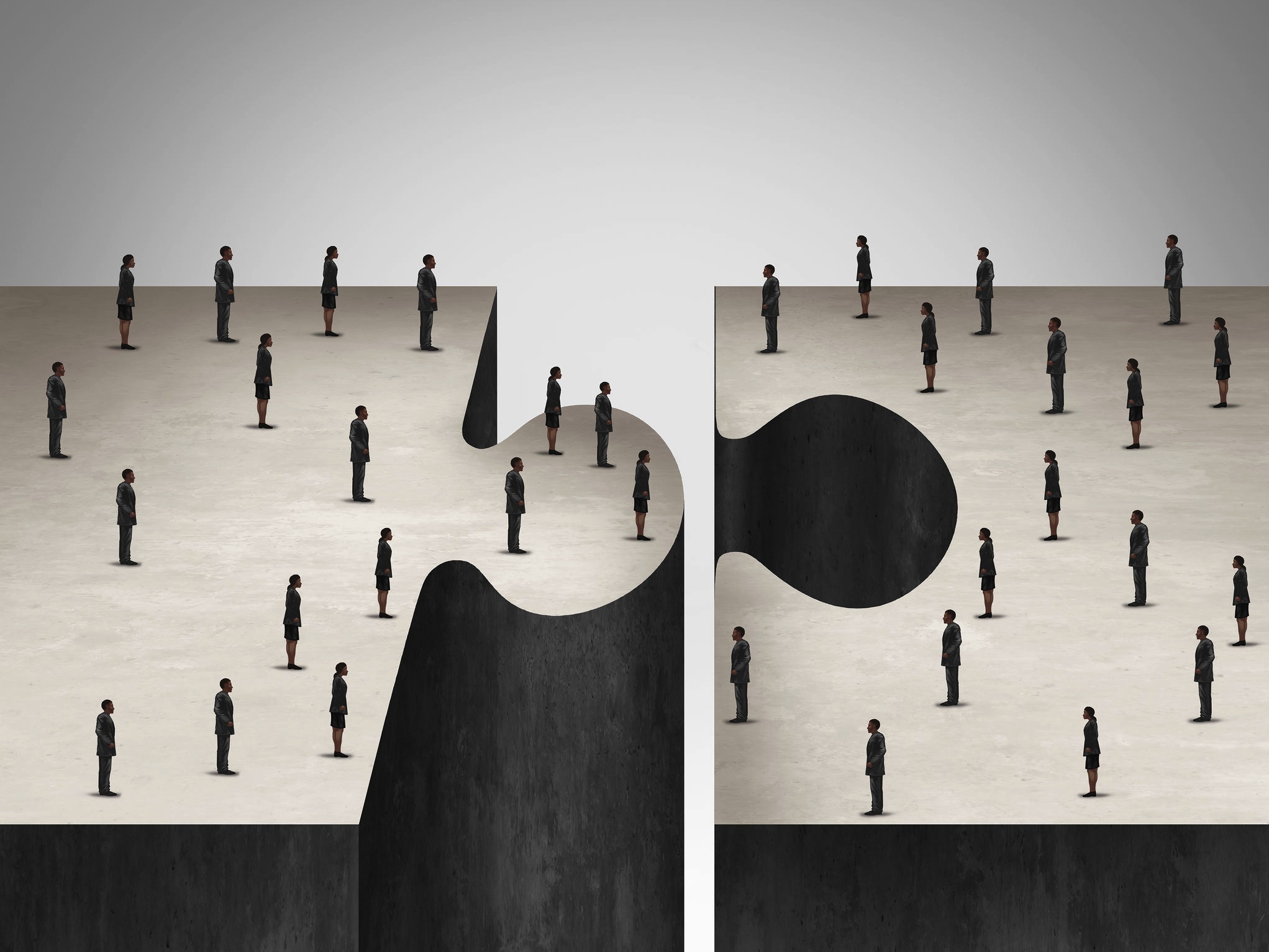 Coming Together: Cultural integration is paramount to success in a merger or acquisition.

David King arrives at M&A integration meetings with laminated sheets of paper. On each page is the rationale behind the merger or acquisition — the “deal thesis.” King, who advises companies on post-M&A integration, wants to make sure management teams keep their eye on the ball, so he hands each team member a copy of the deal thesis.

“We want to indoctrinate the team,” said King, a partner in Mercer’s M&A transaction services business and the global leader of M&A culture integration. “We want to remind people of what they’re really chasing. They need to understand what they’re trying to accomplish and why.”

Understanding the goals behind a deal is essential to ensuring successful cultural integration once the deal is closed, experts say.

Culture can be one of the biggest threats to a deal. And with the insurance sector experiencing a flurry of M&A activity, cultural integration is a particularly hot topic in the industry.

“Culture is one of the most interesting aspects of the industry today because of the record-breaking pace at which the insurance industry is conducting M&A,” said Grace Vandecruze, managing director at consulting firm Grace Global Capital. “One of the reasons mergers are notoriously tricky is because of the riskiness of integrating the two cultures. It is simply not enough to win the takeover battle. The combined company has a complex task ahead of battling and winning the integration war.”

According to EY, property/casualty insurance transactions totaled $111 billion in 2015, a 73% increase over the total deal value of 2014. That jump was due largely to the return of megadeals — there were 24 deals worth more than $1 billion, and five valued at more than $5 billion. Among the headline-grabbers were Ace and Chubb; Tokio Marine and HCC; XL and Catlin; and Exor and Partner Re.

Experts say the consolidation trend is likely to continue.

“Companies are struggling to grow the top line,” said Joseph A. Milicia, Willis Towers Watson’s P&C M&A practice leader for the Americas.“It’s such a challenging environment to grow organically right now. So companies are resorting to M&A.When they do that,it’s important to not only find the right target, but also to execute on the deal. If you miss the mark on culture, you’re not going to realize the full potential benefits of the deal.”

“The first thing that Mike and I had to do was decide whether or not we shared common values and had a common business purpose and had common business ethics,” Catlin said in an interview in October. “We spent nearly two years, just the two of us, talking that through to make certain that we’re on the same side of the page.

“Once we got to that stage, we then had to decide whether it’s the best opportunity for our shareholders. It was both ways, for we have the duty of care to do that.”

“Culture matters.It really does need to be taken into consideration when making a final decision on whether the deal is a go or a no-go.”

Discussions about culture should be part of the earliest conversations,King said.

“Once you begin a dialogue with a target organization, that’s the time to start having conversations around deal thesis and what the company would look like going forward,”he said.“At that stage you can at least start getting leadership’s perspective on their respective cultures.”

More formal cultural assessments can then be used to diagnose key differences between the acquirer and the target company. Side-by-side comparisons will help identify how the companies are similar, in which ways they are different and,most importantly, which differences truly matter.

Milicia said most culture gaps are surmountable,as long as they are addressed properly.

“When there is an issue or stumbling over culture,often it is due to a lack of planning, communication or consideration of the underlying drivers of each entity’s culture, not necessarily an incompatible mix of cultures that should have been identified during due diligence.

“You need to have a clear understanding of the differences in the two legacy organizations so you can effectively communicate your new vision, ”Milicia added.

Understanding those differences also can help management teams adopt the most effective posture during initial integration meetings. Should they be firm? Should they adopt an active listening style? Should they make process comments or content comments? Answering those questions correctly — based on the other company’s cultural profile — can make a significant difference in the success of an integration.

“What’s really interesting is that, in those first few meetings, management of both organizations is feeling each other out,” Aggarwal said. “These are what we call moments of truth in a career. When you have leaders who say, ‘Somebody help me understand what stance I should be adopting in these integration meetings so that we can rapidly build a personal and collective trust between the two leadership teams,’ that is gold dust.

“Honestly, that is one of the big differentiators between six months into integration leaders saying, ‘This is going pretty well,’ versus them saying, ‘Ugh, this deal is a nightmare. Those guys on the other side of the table are so different than us.’”

“It is simply not enough to win the takeover battle. The combined company has a complex task ahead of battling and winning the integration war.” – Grace Vandecruze, Grace Global Capital

“You can’t come in like a bull in a china shop and impose your will.” – Joseph A. Milicia, Willis Towers Watson

Integration can follow different paths. When a big company buys a smaller one, it may make sense for the smaller company to fully assimilate into the parent company’s culture.In a merger of equals,the ideal course might be a best-in-class approach.

“There is often a ‘buy and impose’ approach to culture, where eventually the buyer’s culture permeates every aspect of the acquired company — from hiring to training to performance management,” Vandecruze said.

But experts say buyers need to remember what attracted them to the target company in the first place.

“It’s not always our way or the highway,” King said. “You need to be thoughtful about: What does the other company do well? Why are they attractive? Why are we even looking at this organization?”

With those answers in mind, leaders can shape a culture that builds upon strengths.

Because culture change trickles down from the top, management teams need a clear vision of the combined company’s culture. And they need to be consistent in their messaging of what needs to change.

“We think it’s absolutely essential that you have a leadership team that has a consistent message about what is happening and why,” King said.“ They need to set consistent expectations in terms of the timeline for change and the degree to which they’re going to ask people to behave differently in the new combined entity.”

If diagnosing cultural differences and identifying what needs to change are the first steps,translating those cultural values into a specific set of behaviors is the next.

“All of the cultural slogans you work to create are really only 5% of the battle; 95% of the battle is the multiyear journey to embed and sustain true culture change, which is all about people changing their behaviors,” Aggarwal said. “Organizations don’t change. People do.”

Senior leaders need to demonstrate the behavioral changes they expect. Aggarwal suggested leadership teams create“moments of truth” — concrete examples that illustrate how employees should act differently in the new culture. For example, choose specific operational scenarios and script how to handle them properly.

“These moments of truth articulate how the future culture would work differently in terms of people’s behaviors,” Aggarwal said. “If you can’t articulate it in the context of a specific moment of truth, people will say, ‘I still really don’t know what I need to do differently.’”

Broadcasting the moments of truth in town halls, on the company Intranet and in one-on-one meetings will help maintain momentum.

“Six months into a transformation, people seem to have this big rubber band pulling them back to their historical way of operating,” Aggarwal said. “It’s natural.”

“You need to embed pulse checks to understand whether behaviors are being changed on an ongoing basis or whether people are reverting back to their old ways. You need leaders to reinforce, encourage and provide consequences. That’s what helps power people through that metaphorical rubber band.”

Gaining buy-in is the biggest challenge in a transaction.

“The most important thing in any kind of M&A is to get the people together and to recognize that you can’t be one culture or the other culture. It has to be a new culture,” Catlin said. “Everybody has to buy into that new culture and what it stands for.”

That requires some delicate maneuvering, experts say, especially in an industry where employees have long tenures and, therefore, strong loyalties to their company.

“In insurance and reinsurance you find companies where employees have often been there 20 to 30 years, and the way they do business is very ingrained. They have a deeply ingrained culture,” Milicia said. “When you run into that, you need to be even more cautious in how you go about integrating them. And you need to make sure you’re making cultural concessions as well.

Oftentimes, those main attractions include talented individuals and deep client relationships. So creating buy-in becomes paramount to retention of both employees and customers.

“If you don’t engage key employees, you risk losing them,” Milicia said. “And if you don’t retain key employees, you lose the interpersonal relationships that have been built over time with customers, which may make it difficult to retain those customers. Key employees and key clients could be poached.So keeping everyone engaged is paramount to success.”

“Key people generally don’t wait and see how things turn out,” King said. “In some cases a great opportunity is to involve key people in the work of integration. Not only do you know that you have your top talent at the table, but you’re also keeping them engaged.”

Above all, companies need to recognize that change takes time and hard work. Integration is a marathon, and management needs to run that race while at the same time running the business.

The payoff, though, can be great. “If I’m brutally honest with you, we’re a little bit like a swan,” Catlin said. “We look very graceful on top of the water. Underneath we’re paddling like hell to get from A to B. But we’re getting there. In probably six months’ time, we won’t even be thinking about the fact that we had a transaction. It will be XL Catlin.”