Capturing Value From M&A In Oil And Gas: Implications For Integration 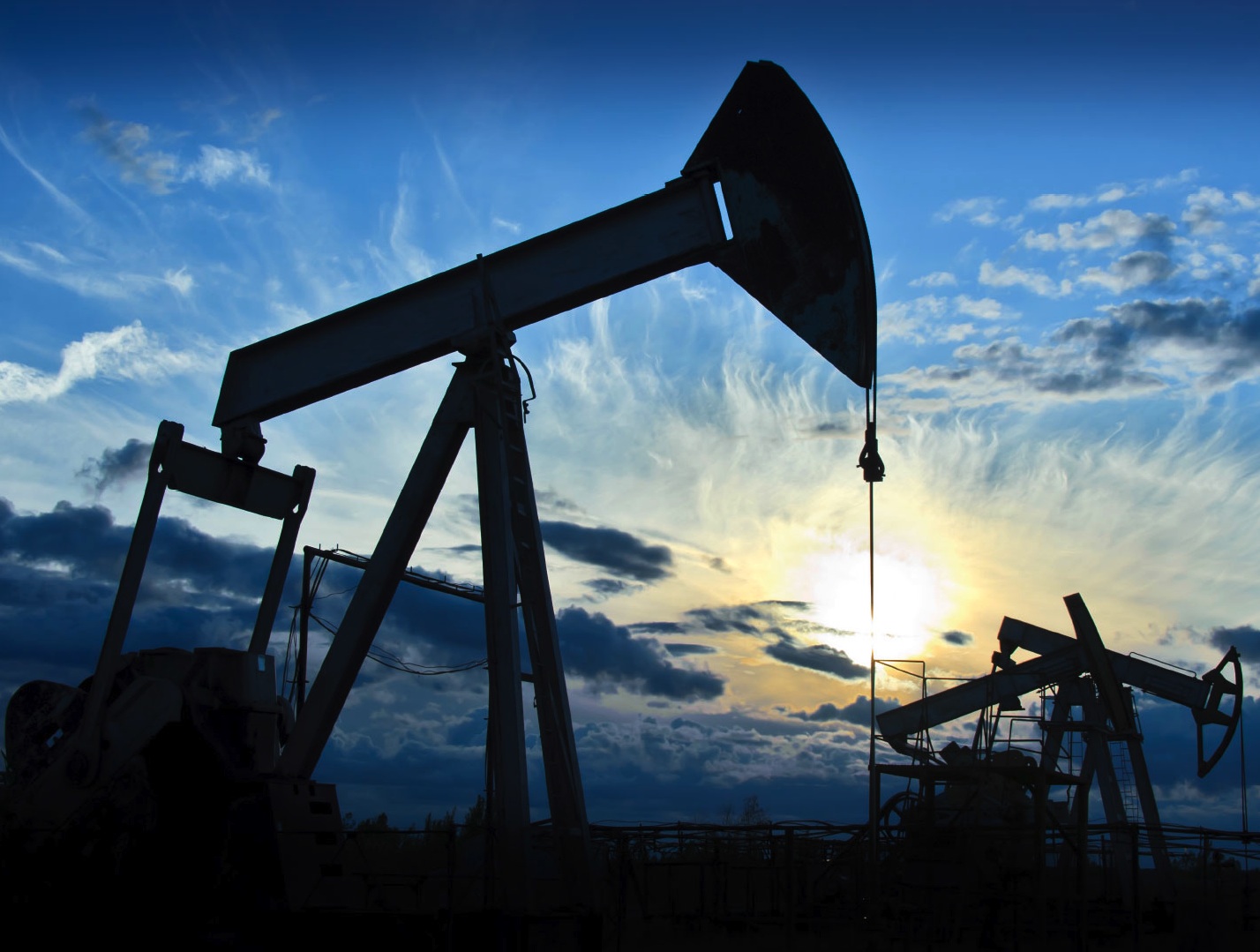 The recent collapse in the oil price has further intensified pressure on cash flows in an industry already saddled with low returns on capital. Cost-cutting measures are ramping up as the industry responds with belt tightening, as seen in prior downturns. In addition, while the focus is rightly on resetting the cost base, companies still need to renew their resource base for long-term sustainability.

M&A is an option to address several of these challenges—luring buyers with the opportunity to high grade portfolios, supercharge operational improvements, and acquire strategic capability and sources of renewal for the future.

Based on our experience supporting more than 1,000 mergers since 2007, we know that value from M&A is captured or lost in the planning and execution of the integration. Among the many integration “must-dos,” we have identified a set of best practices that make the difference between successful and world class transactions.

Seven best practices are particularly relevant today for mergers in oil and gas. They are the difference between hitting and exceeding a synergy target, between understanding and overcoming risks, between delivering the strategy and mobilizing the organization. To capitalize on value drivers in the industry, leaders should think now about these practices, and put them into action in each stage of the deal.

Before the deal is announced

1. Answer the big, tough questions. Distracted employees lead to operational risk, and mergers can be enormously distracting—from headquarters to the deep sea. To minimize uncertainty, it is critical to give clear direction to both organizations as quickly as possible. This means answering the tough integration questions before going public with the transaction:

What is the core rationale for the deal? Will we fully integrate, reverse integrate or bolt on our business? Will the new leadership team be from one company or both? Will we change the locations of headquarters? What will we not touch because it is too risky to integrate quickly? How long will it be before partners/customers/employees can expect to see change?

In one recent energy merger, the acquirer focused the business by making it clear from the very first press release that two headquarters would be maintained, and that specific parts of the target would continue to function autonomously for the foreseeable future. In a reverse example, a pharmaceutical acquirer waited several months to confirm that it would maintain a presence in the target’s hometown—by which point it had lost a number of critical employees and distracted the entire business for a quarter. The best integrators go further than just slogans that resonate with markets, and also answer these strategic questions early.

2. Diagnose cultural gaps. Of integrations that fail, one-third are due to organizational mismatch. In this industry the importance of culture is magnified by its impact on safety and operational risk. Performing an “outside-in” diagnostic during due diligence will help companies make informed decisions on culture from the start. Even before the deal is announced, culture can be evaluated via “cultural markers” in publicly available information, and targeted interviews of current and former employees.

In a healthcare merger, outside-in assessment of the target’s culture during diligence revealed significant differences in R&D practices, and led the acquirer to postpone integration of the R&D function to preserve the target’s unique capability. In the more extreme case of a transport merger, early assessment revealed cultural gaps that were determined prohibitive to integration at that time—leading the companies to table the deal until a later date.

Work done pre-announcement is the first step in building a deeper understanding of culture during the planning phase. Several recent integrations in healthcare and two recent large-scale logistics mergers followed a due diligence diagnostic with a deeper cultural assessment immediately after the deal became public. Their efforts included employee surveys, focus groups, and interviews across both target and acquirer, to establish a view of the specific management practices at both companies. Using these insights, they set a vision for the future culture of their company that built on the strengths of both organizations.

These companies also concentrated on specific gaps to address by business unit, geography, level and role—an approach that will be particularly valuable to the geographically diverse oil and gas industry. In one case, the organizational transition plan was built around these specific cultural insights and included comprehensive role-training to build similar practices in employees of both companies. In an industry where cultural gaps can lead to real risk, deepening cultural insights and building culture into integration plans is critical—beginning even before the deal is announced.

Between announcement and deal close — the planning phase

3. Pull value capture forward. Companies which don’t achieve their integration goals in the first two years are increasingly unlikely to achieve them at all—so being ready to capture synergies quickly is critical. Yet too often acquirers delay planning for synergy capture because planning is difficult before the companies are joined, or the pre-announcement synergy sizing is deemed sufficient. Using pre-close planning time to pull value capture forward helps assure base level synergies can be delivered quickly. Furthermore, pulling synergy planning forward allows companies to find the next S-curve of value capture beyond what was identified in diligence.

In fact, we have found that mergers using a rigorous approach to synergy capture planning before close are able to achieve between 30 percent and 150 percent incremental synergy. Often, “clean teams” are needed to achieve this level of rigor, and to identify and plan for full synergy capture. Benchmarks from mergers in other industries are helpful to pressure test synergy estimates—and will be critical in oil and gas integrations given industry-wide cost inflation in recent years.

Compare a recent consumer goods merger, where synergy capture exceeded estimates within the first year, with a healthcare merger that couldn’t capture the promised synergies even after three years. The consumer goods integration team conducted extensive pre-close synergy planning, including clean team preparation in commercial areas. On the other hand the healthcare integration team expected the bulk of the planning to take place after close. Pulling value capture preparation forward is essential to capitalizing on the full opportunity of the transaction.

4. Isolate integration planning work to a select few. Managing risk before the deal is closed means stabilizing both companies and keeping them focused on day-to-day execution. To do this, a designated team of highly capable leaders should plan for integration while the rest of the organization concentrates on business as usual. Clear and explicit communication to the broader organization on what their integration responsibilities will and will not be before close helps to calm uncertainty.

In one recent heavy industry merger, failure to isolate planning to a small team meant that divisional and functional leaders were drawn into planning activities in addition to running the business—leading to a significant downtick in performance for multiple quarters. In this industry especially, maintaining organizational focus on execution is critical.

5. Keep Day 1 simple. There are a number of things that must happen in order for two companies to become one, but that list is shorter than most people think. The day of legal close is an important legal and financial milestone, but very little has to change for the organization immediately the deal closes. Too often, companies overload the day with additional operational and strategic changes that would be better executed with time to finalize plans as one company.

In a recent airline integration, “legal Day 1” was followed a month later by “customer and employee Day 1,” to allow for additional planning before executing more significant changes for customers and employees. The best integrators keep Day 1 simple and focus on executing the must-haves flawlessly.

6. De-risk integration with culture insights. Cultural insights from the earlier phases can de-risk execution by helping direct attention and effort post-close. Where there are major culture differences—especially related to operations—integration should be closely monitored, and may need to be slowed or even paused in order to build complementary practices among employees of both companies. The best integrators proactively increase focus on high risk areas of cultural mismatch, including leadership communication, role modeling and leadership time on the ground.

One recent merger tracked cultural integration in key customer-facing areas with the help of a web-based employee “chatter board” to capture employee feedback in real-time. This helped the company know whether to accelerate integration or take their foot off the gas across a broad set of geographies. In another example, leaders traveled to areas where cultural differences were greatest in the week immediately following close, to help focus employees on the future as a single company. Beyond informing the integration plans, using cultural insights to know where to monitor closely and when to step in is critical to de-risking execution after close.

The current oil price decline has the potential to trigger a wave of M&A activity. In addition to the chance to high grade portfolios, companies that merge will have the opportunity to drive operational efficiencies and to acquire critical capabilities. However, seizing these opportunities will require careful planning to stabilize the organization, capture the full synergy potential and de-risk the integration. Going beyond checklists to best practice will be the difference between successful and world class transactions.