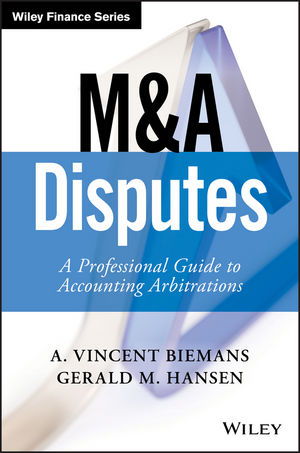 “Every potential rainmaker and savvy competitor needs Melanie Billings-Yun’s GRASP method for negotiation. You’ll never have to search for leads again. I highly recommend this book.”
—Jeffrey J. Fox, author, How to Be a Rainmaker, Rain, and How to Be a Fierce Competitor
“Stepping back from the details of the deal, Beyond Dealmaking focuses on the bigger picture—engaging people to work together in an authentic way to resolve issues. Dr. Billings-Yun’s accessible approach offers negotiators more than merely how to ‘get to yes’ but, more importantly, how to stay there.”
—Carol Frohlinger, coauthor, Her Place at the Table: A Woman’s Guide to Negotiating Five Key Challenges to Leadership Success, and co-founder of Negotiating Women, Inc.
“The concepts advocated in Beyond Dealmaking are spot on, particularly for global negotiations and joint ventures such as ones I routinely dealt with in mergers and acquisitions. Attention to productive relationships is one element that consistently crosses cultures and geographies. Dr. Billings-Yun captures the essence of a complicated topic concisely, with concrete examples that bring it to life and a conversational tone that makes it a leisurely read.”
—Jacqui Winship, director, Corporate Strategy and Business Development, Whirlpool Corporation
“Melanie Billings-Yun has produced an innovative, refreshing approach to negotiation based on her years of practical experience around the world. She treats negotiation as an on-going process that forms the core of a successful relationship, not as merely a free-standing transaction. Beyond Dealmaking takes us beyond ‘yes’ to build the sort of trust that ensures success.”
—Stephen Bosworth, dean, The Fletcher School of Law and Diplomacy, Tufts University
“Finally, a clear-eyed how-to book that understands that negotiation is not just about terms, but about people. Beyond Dealmaking shows us how to make lasting agreements based on understanding, fairness, and respect. Filled with fascinating stories of negotiations of every type, this is a book that everyone can learn from to improve their work and their lives—and maybe even ease the burden on our overloaded courts.”
—Betty Roberts, arbitrator, mediator, and former Oregon Supreme Court Justice
“I am delighted to see a considered and sustainable approach to negotiation that understands that actions, words, and fairness have an impact that continues far beyond the signing of a deal.”
—Edward C. Prescott, Ph.D., professor, and winner of the Nobel Prize for Economics

Preface.
Introduction.
Part One: Why Relationships Matter.
1 The Goal Is Not a Good Deal, but a Good Outcome.
2 Even Monkeys Demand Fairness.
3 The Power of Us.
Part Two: The Mind of the Negotiator.
4 The Four Pillars of Relationship Negotiation.
5 Don’t Feed the Bears!
6 Be Prepared.
Part Three: Five Steps to Success.
7 Goals—What You Really Want.
8 Routes—How to Get There.
9 Arguments—Making Your Case.
10 Substitutes—The Backup Plan.
11 Persuasion—Winning Them Over.
Part Four: Conclusion.
12 You Can Negotiate!
Appendix A: GRASP Negotiation Planner.
Appendix B: Post-Negotiation Evaluation.
Notes.
Acknowledgments.
About the Author.
Index.