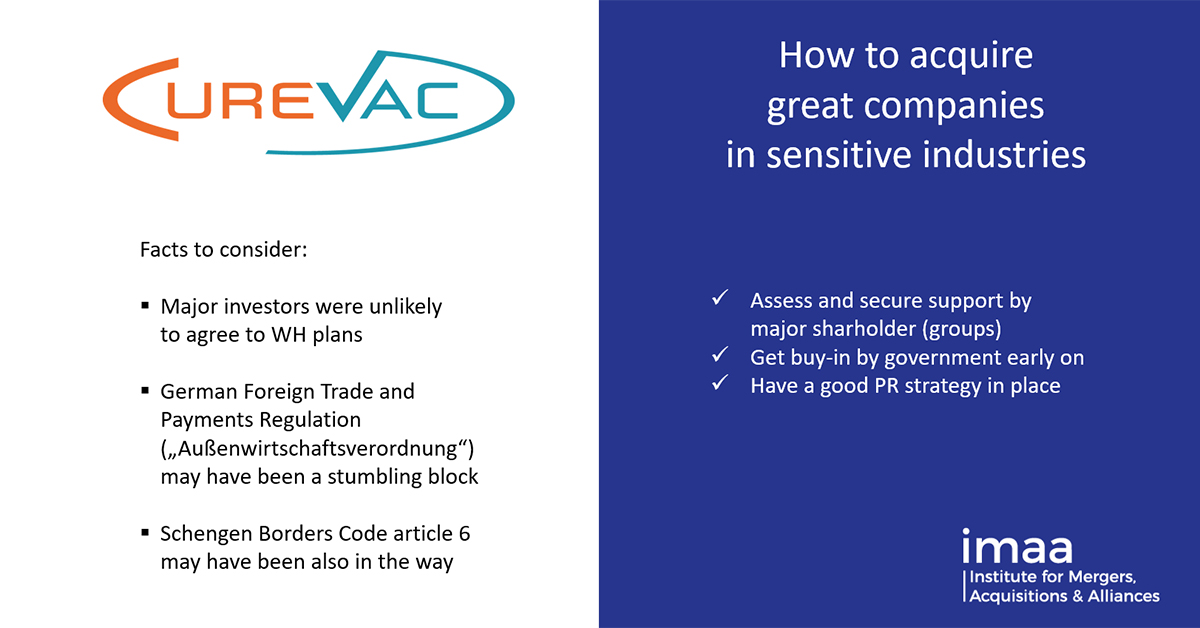 Acquiring companies in sensitive areas and that may be of public interest, such as security, defense, technology, infrastructure, health, etc. can be complicated.

For example, the news broke at that the White House has tried to secure a deal with or investment in German biotechnology company Curaved. Various reports are not very specific of the exact agreement or proposal. And there are a lot of other cases, where acquirers have failed to acquire companies, because they failed to follow best practices.

The complications in the CuraVac case are that the White House may have not secured support by major shareholder groups and investors. Among the investors this company are: Dietmar Hopp (founder of SAP), Bill and Melinda Gates Foundation, and a German statebank. None of these “investors” may strive for profit alone.

Also legal situation may pose challenges to acquirers. For example, the German Foreign Trade and Payments Regulation („Außenwirtschaftsverordnung“) that in parts can be quite vague may have been a stumbling block. In addition, the Schengen Borders Code article 6 may have been applicable at least for people leaving the Schengen area.

In conclusion and as lessons learned, we would suggest that the following best practices may help when acquiring such companies: